Hellooooo and Welcome to Season Four!!!!

I can’t quite believe we are finally here! I’m looking forward to exploring it with you all!!
So, you may have noticed – Stemwinders 1 & 2 were the first two episodes of season 4 in airing order.. and I do like to stick with the airing order for blogging.. However – here I’m going to make an exception. It’s widely thought (known?) that unfinished business was the original season opener.. but TPTB decided it wasn’t packing enough umpf for an opener so it got bumped.. Well, we are putting it right back at the start again!

A huge thank you to Learjet, who has transcribed the dialogue for us – and formatted it for publishing – Learjet we salute you!!

Let’s get into ‘Unfinished Business’!
Don’t adjust your sets! The episode starts in black and white!

We see a car zoom around the corner. There’s two people talking on the footpath (Okay- sidewalk!) by the light.

We hear their conversation from a distance..

[whoa!!! Who is this woman Lee is working with in 1955? Oh wait.. something isn’t right here 🙂 Okay okay.. I can’t have completely forgotten who this couple is! I tried!!
Hey- It’s that Wendy lady from Just Shoot Me!]
Jennie: During play period, your son built quite an impressive fort, which he then defended with his slingshot using leftover bits of graham cracker as ammunition… 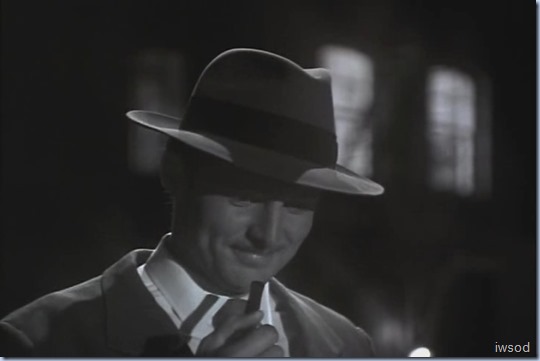 [Lee look alike seems a bit amused. Okay – this is Lee’s papa!]
…And I told her it was brilliant strategy but very bad behaviour.
[Errr I think that is suppose to be a British accent.. if I hadn’t heard Lee tell Amanda in The Eyes Have It that his mother was British, I wouldn’t have noticed the attempt to make her accent sound British- What do the Brits make of it? As an Aussie, I think it’s not terribly convincing

at best, we could say she’s been in America for a while and has started to loose her accent!]
Lee’s Papa (apparently called Matt) chuckles at his son’s antics.. while we see a car pulls up across the way.
A man gets out..
Matt: Here we are.

Matt: Glad you could make it, Mr Blackthorne.

Mr Blackthorne: I don’t think I had much choice. 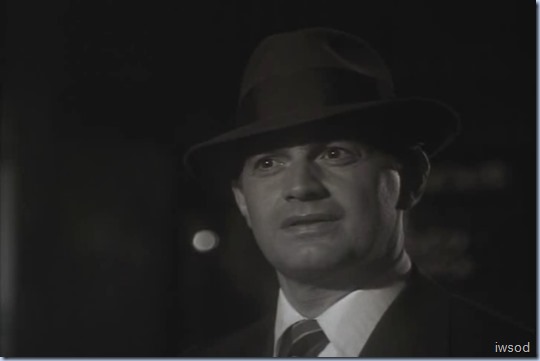 Matt takes an envelope out of the inside pocket of his jacket and hands it to Blackthorne, while Jennie looks on. Blackthorne takes the envelope and opens it. He’s pretty horrified by what he sees. Soooo is Papa Lee a blackmailer?!

Matt looks pretty happy with himself.
Mr Blackthorne: Suppose there’s more where this came from.
Jennie: That’s quite enough. 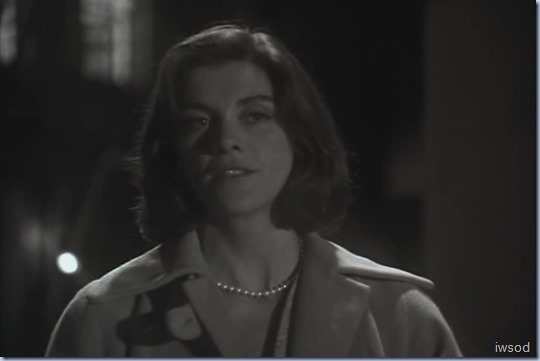 [whooo she’s not just a spectator! She’s a part of this gig! Lee’s parents worked together??? Well that’s pretty awesome isn’t it!

]
Mr Blackthorne: I see.
Matt: Tomorrow, then. My office at 11.
Matt holds his hand out to take back the piece of paper from the Blackthorne.

Mr Blackthorne: If I bring you what you want, then you’ll leave me alone? 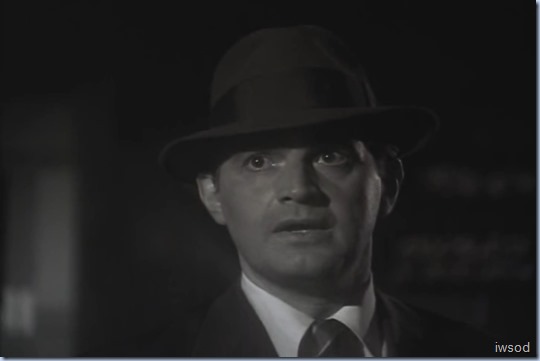 Matt: If you tell us everything we need to know, I’m sure we can reach a satisfactory agreement.

Matt takes Jennie by the arm and they leave.

Wow. what an introduction! I guess without it being said we guess this is Lee’s dad – given he looks like Lee.. but is it a given she is his mother? I guess the school did call her.. so maybe it is too. but interesting that she refers to ‘your son’ a couple of times. lol. We are left not really knowing what this couple is – bad guys? good guys? Is this Blackthorne a victim? Or something else?! Gah!! Okay – I remembered this is Lee’s parents but I honestly don’t remember who this Blackthorne is! anyone else not watched this ep in years?

And of course, we can’t let this pass.

Lee clearly has a cover picture frame of his parents next to his bed. Not his real parents!

What else did Lee say? Lee: My dad was in Army Intelligence. They met when the NATO pact was signed in ’49……I was five years old when they were killed.

Uh oh! If Lee is in school, they’re about to die!!

And.. if Lee’s dad was in Army Intelligence, maybe that’s what this is – some kind of intelligence operation.. Hmm.. I guess we’ll see!

Anyway, back to the episode, Blackthorne watches Matt and Jennie’s car pull away, and he pulls out a cigarette and lights it with much gravitas! whooooo.. He’s not about to acquiesce I think!

A pick up truck starts and drives down the same road Matt and Jennie just drove down. Uh oh. I think the cigarette was a signal. ‘Get them!!!’

Jennie: Just wondering if Blackthorne will come through tomorrow. [She doesn’t sound British to me!]

…Then this whole protracted affair will be-

Headlights appear. Tyres screech. The pick up truck approaches head on – swerving towards Matt and Jennie’s car from the opposite direction. Matt wrenches the wheel. The car crashes and rolls..

[Love how this is done with the rolling image – very true to the time period! I think KJ likes to mix it up with the visuals –good for her! she’s my hero!

]
The sounds of an explosion. Oh nooo!!!

Another car pulls up. It’s Blackthorne! Muahahahaha!!! He  gets out of the car and looks down – I guess they went over a cliff.

We can see the glow of fire.. and hear the burning. Oh how awful! The reflection and sound of fire are in the background. The scene ends there.

Whoa.. can you imagine if this really had been the start of season 4? I confess, after a long break, to start with 4 minutes of a black and white flashback is probably quite a confusing way to start a new season! But.. Let’s see what this episode has to offer!

I know it’s extra challenging to not jump ahead at the start of a new episode, it may be also tough because it’s the start of a season! I knoowwww…. Hang in there!! Let’s stay in the moment and we’ll get to all the good stuff that’s ahead (whatever that is, I’m just assuming it’s there!!

) Oh since we left Lee and Amanda mid sweet, romantic kiss – I’m busting to see what they are like now!!!! What did you all think the first time you saw this opening? Lee seems to be all his dad, didn’t inherit anything from his mother

Can’t wait to hear from you all!!! The more the merrier!!! Been reading and are looking for a good time to jump on in? Maybe now at the start of season 4 is the perfect time to join the conversation

This entry was posted in Season Four and tagged recap, Scarecrow and Mrs King. Bookmark the permalink.