Back to the Q bureau and Amanda is helping Lee and Shamba to track down Joe King.
No- really!

Not Joking!
Amanda: No, the first apartment was on 17th and J, and before that Joe lived in a room in a big old rooming house near the university, and before that he lived with his parents in Chevy Chase on Ellington and he went to North High— Lee, you know I can go on forever.
[how interesting that Amanda knows all this about Joe.. and about Lee? zero!! Maybe Lee is not a complete open book either!] 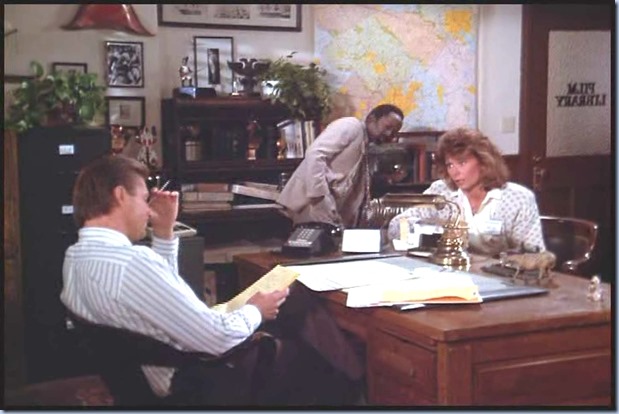 Lee: Yeah, I know, I know. I doubt we’ll need before College. It’s unlikely he went back 15 years for help, right?
[thank goodness for that!]

Lee: It’d be a lot easier if he lived in the US though. But he’s got a bank account here, a tax man, a broker, and a secretary that shuffles his mail over at the EAO. 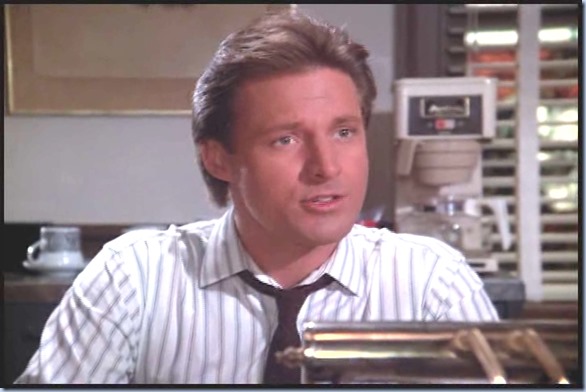 Shamba: In Estoccia a running man only runs two ways – away from something or towards something.

Lee: No, he’s not running away – he came straight to DC. He wants something here. 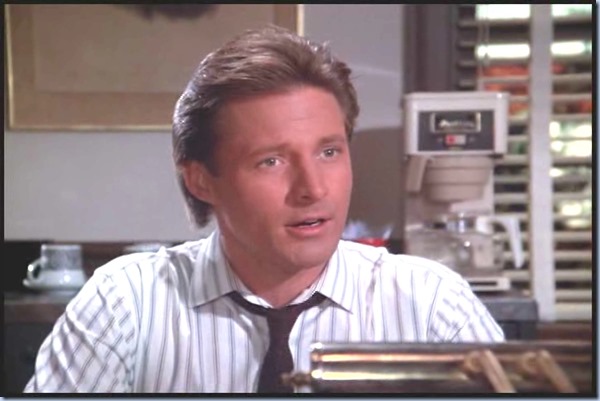 [Does he want Amanda?! lol.. I guess he wants something to do with the case.. but maybe it hints that maybe Joe wants to be part of his family again too?]
Amanda listens intently and nods.. 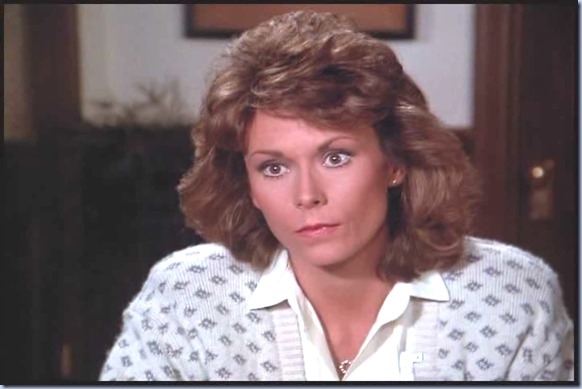 Shamba: Perhaps, er, at the Emergency Aid Organisation or maybe he is looking for his superior, Byron Foster.

At this moment, Francine bursts in.. hmm no knocking Francine?!
I think Shamba just dropped a hint.. I think he’s trying to steer the investigation toward Foster without appearing to. [Another guy named Byron.. someone is a poetry fan maybe..]

Francine addresses Shamba in his own language.. whatever.. rah rah.. Francine is super clever and.. IMHO showing off

Whooo see the look Amanda gives Lee as Francine prattles on? Like enough already Francine get on with it! Francine sounds far too chirpy given the seriousness of Amanda’s situation here..
though interesting that Francine doesn’t get a hand kiss? Maybe Francine was saying ‘try and kiss my hand and I’ll throw you across the room!’

Hey- Lee has his zebra on his desk.. remember the close up of it we saw in TOTDWeasel?

Shamba will like that.. lol.. umm where is Shamba’s zebras?! Still down with Leatherneck?!
Finally, Francine addresses the rest of the room: Well, I just came from the FBI. 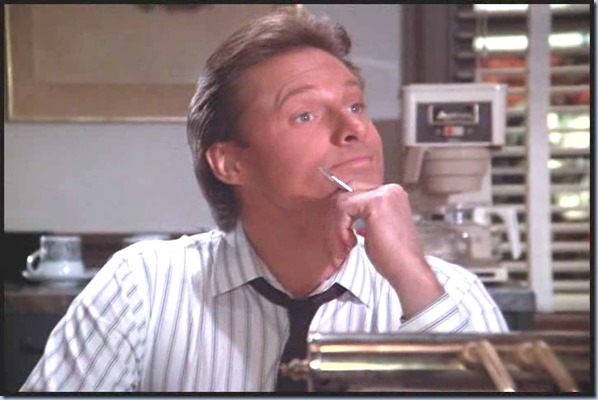 Francine: They drew a complete blank on hotels and motels in DC and three counties. Likewise for hospitals, jails, rescue missions, flop houses and morgues.

[I had to look up ‘flop house’ I hadn’t heard that before!]
Is Shamba staring at Francine or the earrings?! I think Shamba stares at Francine rather strangely.. full on! 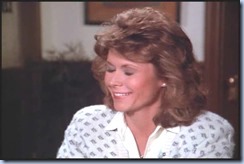 Lee makes moves to leave.. Francine and Shamba leave the Q bureau..
Lee: Amanda—
(Lee gets something out of his desk drawer)
Amanda: Yah.
Lee: I want you to call me on this when you’re ready to catch up with us, okay?

(it’s some kind of phone/radio thingy! Umm a phadio?)
… I’ll get Shamba started, and then you can buzz by your house. 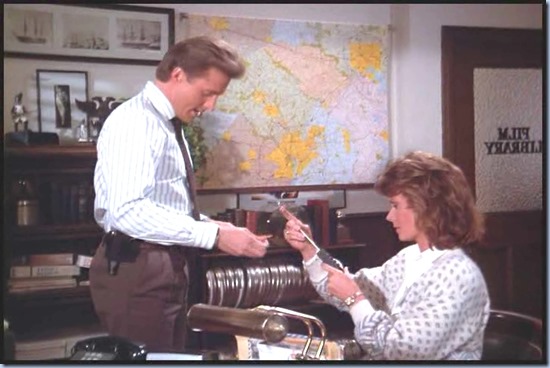 Amanda: Is this a regular phone? Does it have an area code?

Lee: No, no area code.
[lol.. I think Lee is patient with Amanda’s question here..]

Moving on to Arlington Heights Middle School.. LOL it looks like Mr Prescott is on detention! [I wish!!] 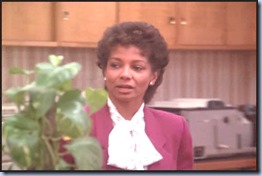 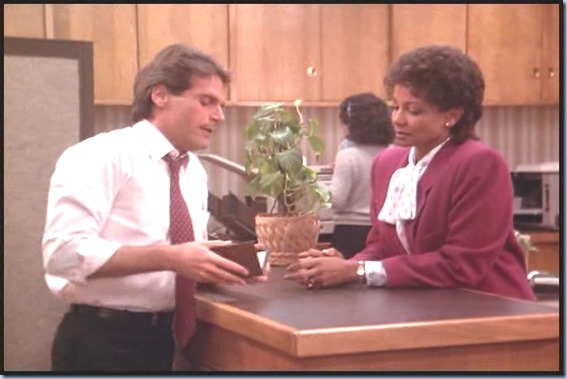 [is it just me or does this office/reception look like a kitchen?!]
Mrs Dennis: Yes.
[Argh!!! don’t tell this creep anything!!]
Prescott: Uh-huh. Uh, let me ask you something, does the father, er, does he ever come around the school?
Mrs Dennis: He’s mostly abroad I understand. Why?
[Mostly? Hmm.. does that mean Mrs Dennis knows him? and he has come by the school?]
Prescott: Well, it just wouldn’t be a good idea

for him to be bothering the kids. Yeah, there’s been a little trouble.
[Why should Mrs Dennis pay any attention to what this jerk says?!] 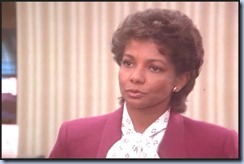 Mrs Dennis: Since when? Amanda is active in our PTA. I know her. It’s always been amicable with Joe. [whooo cool. maybe she isn’t paying attention to the jerk! and.. how interesting – I think a school would know if things are not amicable]

Prescott: Hey, things change. You know what I mean? Look, I want you to do me a favour – if you see him around, I want you to give me a call right away. Mrs King’s a little worried. If her ex sees the kids, he – er – may want to take ‘em. Follow me?
[This is a curious tactic – suggesting Joe would try and take the kids could result in an increase of security for the boys.. which would ultimately mean Mr Prescott/Pryor would find it difficult to take them also]

Mrs Dennis: Sure.
[Noooooooo!!! I feel some suspense here at what Mrs Dennis could do unknowingly!! eek!! I think if there was a problem – Mrs King would have told the school herself.. not sent around this jerk! At least Mrs Dennis isn’t looking too enthusiastic about what Prescott is saying..]
Prescott: Keep in touch, huh?

Oh very cool btw that Mrs Dennis is not a white male! whooo hoo!! bit of diversity here in a leadership position… I like it!

The script includes at this point a moment of Prescott watching Jamie and Phillip playing from a distance.. ewwww – was there a need to show that..or is this guy is evil enough already?!

Okay guys.. I better pause here – needing to keep things short.. What did you make of Shamba in the Q bureau?! What do you think of this visit to the Principal’s office by Prescott? Isn’t he awful?! I loathe him!!
Anything you’d like to share? I’d love to hear it! byeee!!