We find Amanda being led by Carla and Barry at gunpoint down a laneway.. 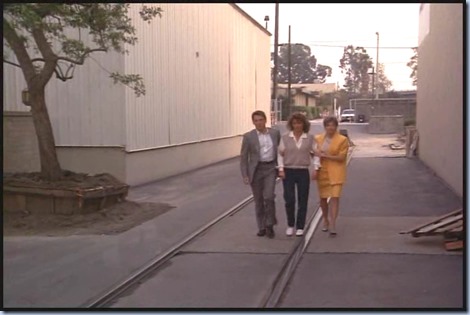 Whoooo Francine appears off to the side alone.. (Yes, followed by that team she was going to put  together.. remember that?? the invisible team it seems!) 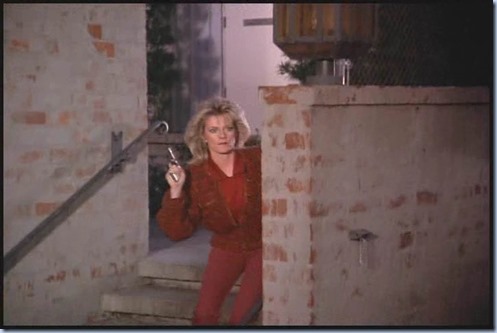 She’ll know what to do! what with all that super brilliant agency training that Amanda doesn’t have that makes Francine superior.. 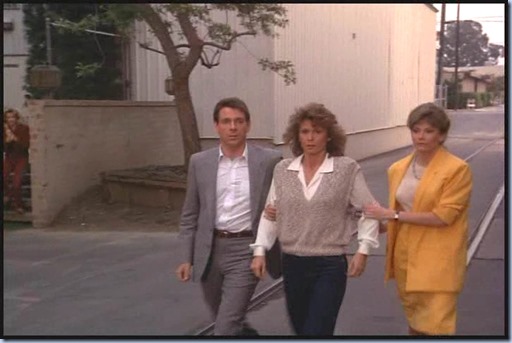 Francine, seeing Amanda in trouble, holds her gun on them all and yells: Freeze!
(Carla turns to look at Francine, while still holding her gun to Amanda’s side.)
Amanda flatly yells out to Francine): Francine, she has a gun.

(Love how Amanda doesn’t even turn to look)
yeah thanks for the lousy rescue Francine. Meh! tee hee.. well it is lovely that Francine actually tried I guess.. though what a shame she just jumped in there.. she could have followed them, and figured out what was going on.. Hmm just like Marvin, and just like Amanda- she has rushed in and been bested by Carla and Barry. (and these baddies are not super clever.. so that’s saying something!)

[What a great catch you have there Barry! Yeah she’s one you could take home to meet the family! Oh wait.. nooo.. something’s not right here..]

(Francine reluctantly puts her gun on the ground; Barry retrieves it.)
Carla: Well… the plot is thickening considerably.

[Aie! This line of dialogue deserves a meme! So cliche. ]

[I guess it’s a sure sign I’m feeling the nark for this ep right now.. we need some Lee Stetson – STAT!!]
(Barry holds Francine at gunpoint with her own gun. Ouch.. that’s gotta hurt.) 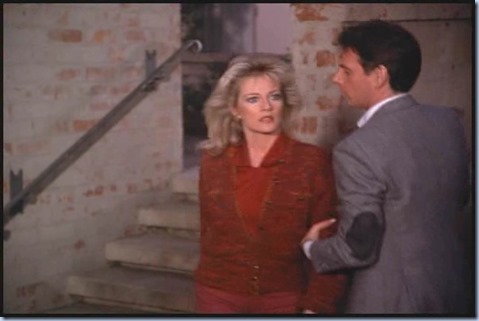 Oh LOL now I see the elbow patch! Was that you that pointed that out Kiwismh? If I’m mistaken apologies – but they are hilarious.. Barry is truly bad to the bone! The elbow bone!
Carla (to Amanda, while looking toward Francine and Barry): Tell me, is there anybody who’s not working with you? 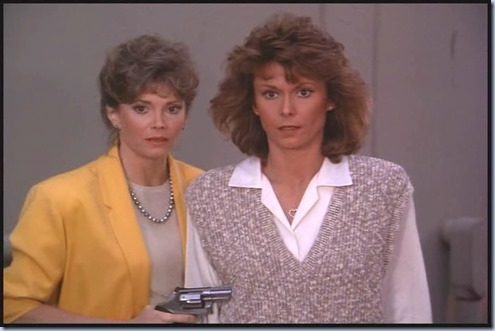 [What are you talking about Princess Di?!  Amanda is a housewife from Maine!]
(Amanda’s looking worried!) and the scene ends there.

Have no fear.. Lee Stetson is here! we cut to a left hand writing..  gotta be Lee!

Lee: Okay, I’ve got it Marvin. Now, you do exactly what they said to do, huh?…

The shot widens, and we see Billy approach Lee who’s still talking on the phone.

…And we will be there. You hear anything about Amanda, you let me know right away.
Billy: Problems?

Lee: Yeah, a bad one. …It’s Barry and Carla… they have Amanda. They’re holding her for insurance. 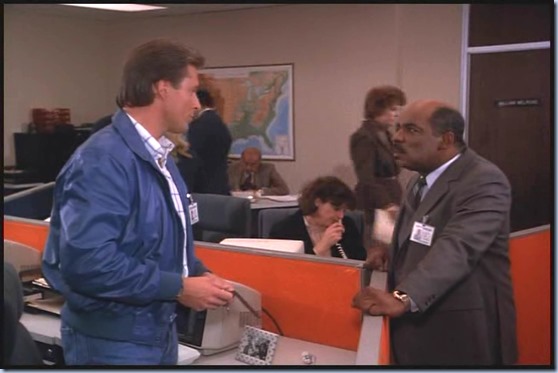 Billy: Now how did that happen?
[I blame Marvin!!! Running off like that.. he should have listened to the experts! booo.. hope he is feeling guilty and chastened and will do what he’s flippin told now he’s put Amanda in danger!]
Lee: You-
Billy (continues): Never mind, I don’t wanna know… [what was Lee going to say? ‘You don’t want to know?’ thoughts? ]
(shakes head slightly) ….What time is the drop?

Lee: Four o’clock…[Still four o’clock.. nothing has changed there!] … And once they’ve got the money, then they’ll phone us with the list of outlets. When they’re safe, that’s when they’ll tell us where Amanda is. 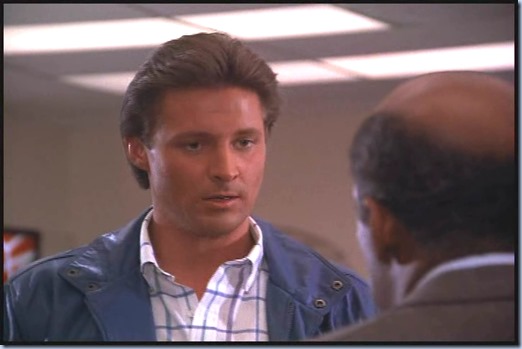 Billy: What about Francine? 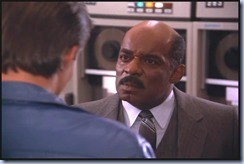 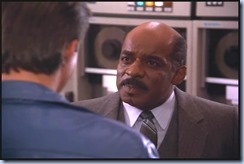 there’s no problem… because if there is … you and I both know where our responsibilities have to lie.
Whoa! Ouch!!! Lee isn’t going to like this one.. (maybe I was too generous Valerie, Maybe Billy was worried about Amanda being in the way in the previous post?)
We cut back to Lee and it’s cheeky Lee to the extreme!! 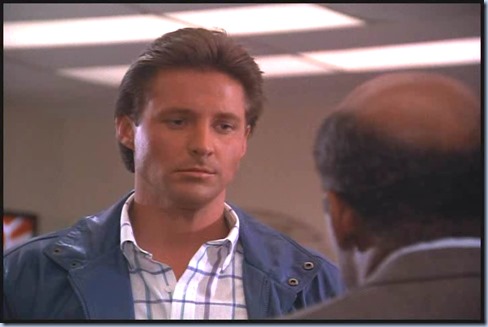 (Lee looks down. Billy walks away.) 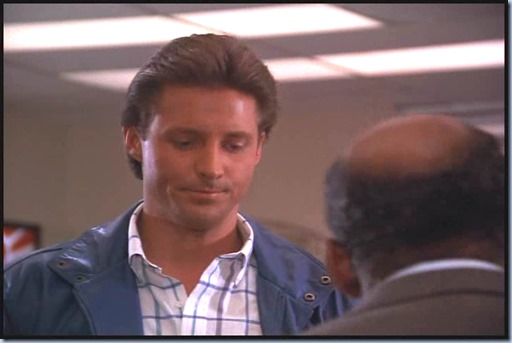 Not much said from Lee verbally here.. but plenty is spoken..

Can’t wait to hear what you make of this.. only last episode we had Billy telling Lee that if he had to use Amanda to find Joe he would need to do it- here again we see Billy feeling he needs to remind Lee where his loyalties or priorities are. How interesting.. Billy seems to be picking up on Lee’s struggle here.

Anyone think Lee would actually consider at this point not moving heaven and earth to rescue Amanda? When has he ever not???!!!!! Right from The First Time he has protected her.
I don’t think Lee could ‘live with this one.’ Ever!
(anyone know what I’m referring to?

Well I’m going to pause here for the moment and try and recover from all this swoony Lee intensity! What do you all make of this part of the episode? And.. what do you make of Billy’s warning/reminder here at the end of this scene? and most importantly of all.. what do you make of Barry’s elbow patches? (kidding!)  byeee for now!