On to the baddies.. they’ve pulled the car apart and.. Nothin! they find Nothin!!! Falcone is running outta patience here!
Falcone: The lawyer says they got Mario on an illegal passport, a concealed weapon and resisting arrest. No mention of narcotics and the feds found nothin…..

….there’s only two possibilities. Number one: Mario decided to get greedy, takes the stuff himself, hides it in Canada, then gets arrested to cover it all up.  The only problem there is, he knows he can’t get away with it. The minute that stuff hits the streets, Mario’s ancient history. 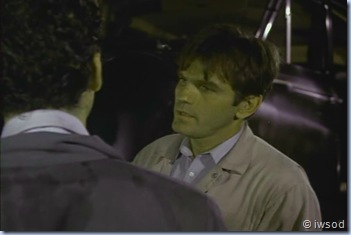 Benedict: Mario’s not the smartest guy in the world, boss, but he ain’t that dumb. [Coming from this guy? that’s sayin something!] What’s the other possibility?

[You know it’s amazing, the agency underestimates Amanda, the suburban housewife… her life is a big yawn…. but the mob?? they totally think Amanda the suburban mother of two is capable of trying to sell dope!! ROFL!!]

Petronus: She’s the only one who had that car outside of Mario.  [Aaaactually, Gino had it also

I would have loooooved to have seen Gino deal with these clowns!

he would have sent them to a worse place than Albuquerque!]
Falcone: All right. Then we better pay a visit to this Mrs. King. Maybe we oughta bait the trap a little bit. Yeah…  I think we oughta take the car back to her.  Put it back together.
[good to see Amanda’s insurance card has come back into the plot after all-Amanda never did tell Lee they knew her details!] 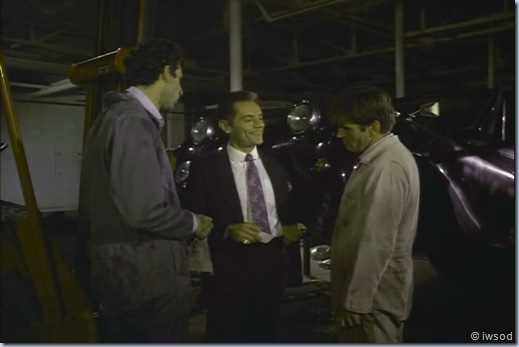 uh oh.. Amanda has such rotten luck!! I think Amanda should have blamed Gino! He had the car first! LOL.. he can take care of himself!

Back at the agency, Lee interrogates the Swedish meatball/ English soccer player! hehehee..

whoooo… so spill dirtbag!!
Lee: Oh, come on, Mario, let’s cut the crap, shall we? 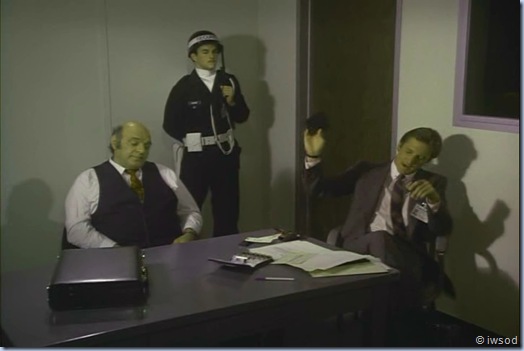 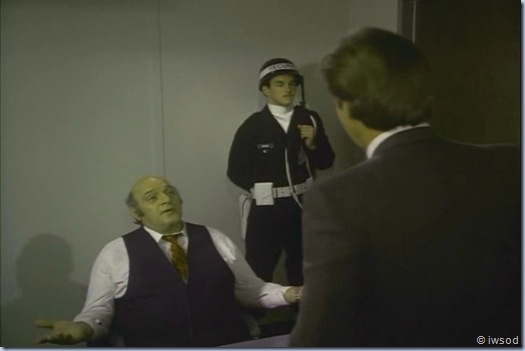 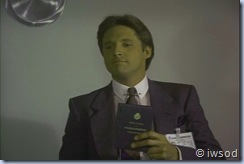 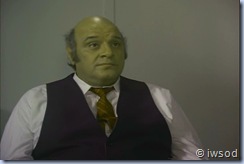 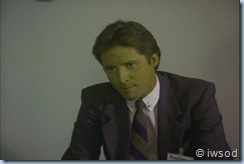 nothing but a flunky errand boy for whatever crime syndicate will pay you. 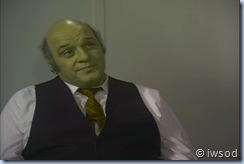 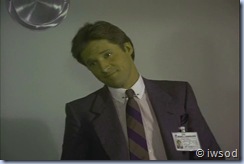 you leave us evidence. In Italy you are linked with the Red Brigade. In Munich, the Baader Meinhof. In England, the IRA. Ho-ho, some real nice people, Mario. Real nice. Who you working for this time?

You know, for a flunky this guy gets around.. This is ridiculous!  surely they have local flunkies in Italy (lo flunkini), Germany (das flunken) and Ireland ( feckin flunkies).. haaaa..

Mario: You got all the answers, smart boy, why don’t you tell me?!!

ROFLMBO! Smart Boy??!!! And Lee does tell him.. everything! Is it just me or are Lee’s interrogation skills pretty lame here?! I mean.. he goes in tells Mario to cut the crap and when Mario doesn’t say ‘ Oh okay! and spill?’ Lee pretty much tells Mario all the information they have on him- revealing they have very little-LOL!!! [‘The Closer’ this ain’t! and I love Brenda Lea!! tee hee.. Lee? or Brenda Lea in an interrogation? give me Brenda Lea anytime! I wish we had seen Amanda do an interrogation in season 4!]
Lee: All right…. 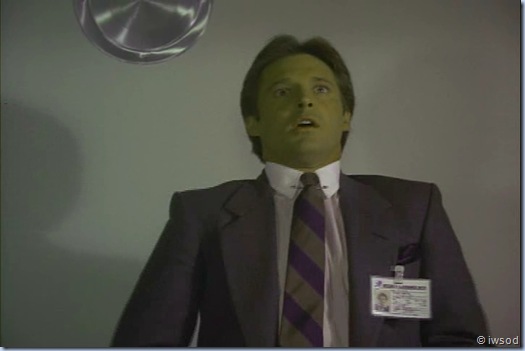 Focus Iwsod.. you can do it.. okay okay.. my hysterics are over.. It just looks so funny since tough guy Lee is being interrogated by Mario! 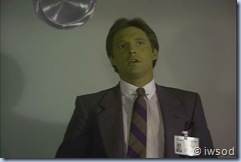 straight to a dealership, paid cash for a vintage car,

twenty-four hours later you crashed it through the customs gate at Niagara Falls. 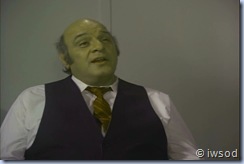 Mario: I told the police, my foot slipped, the accelerator got stuck. What can I tell ya? 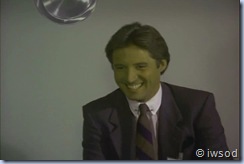 Lee : Ha!..Yeah…right, right. And then, uh, we brought you here…and then

[Mario can see you’ve got nothin Lee! Why would he tell you anything?! LOL at least Lee doesn’t tell Mario all the ways they stole the car, I guess!]

Lee: What’s in that car, Mario? Huh?
Mario responds: Kryptonite! [LOL Lee deserves such a lame answer… oops.. Lee I am on your side really! It’s just a really lame interrogation! Almost like it was put in so it wasn’t a straight scene of Francine telling Lee Mario has been linked to such and such.. yawn!! when.. err this makes Lee look like a bit of a dill. Poor Lee! Exposition can be tricky!
Lee wants to know what is in the car? well..hmmm… what else are you working on Lee? any other assignments?? err because it would be such a huge coincidence if this guy smuggling something across the border had anything to do with some drugs being smuggled into the US- riiiiight?! Oh wait… Hmmmm….. you don’t think Mario could be working with * gulp* Falcone and Los Lobos??!!! The case Lee is already working on??? Nooooo that would just be too clunky a coincidence even for smk.. Oh wait…. Hmmm..!

Okay..  shall finish up there for now.. short and sweet, as I’m time poor

Hope you are all well and enjoying this ep.. in between all the drooling over Lee’s plaid shirts

**Hope you guys saw my note on the home page?? I’m travelling at the moment.. so not able to respond to comments but please chat amongst yourselves – and I will enjoy reading when I can!**