Here we are mid-season two and we all undergo a shock. What happened to Amanda’s hair?! Everything was going so well, why did you go and cut your hair? What were you thinking? 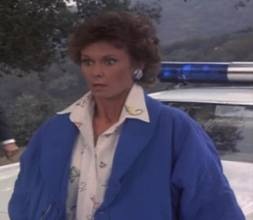 I watch the episodes in a revised order, so ALSALS is after SOS, Spiderweb and then A Relative Situation. I love this show, and it bothers me when there are holes or things that seem to have been dropped by the writers. And I love the acting, there is so much attention to detail by the actors that I have a hard time believing that the continuity errors are real errors.

Many of them have been resolved for me in adjusting the viewing order, but some apparent errors need a bit more creativity on my part to make sense of. Take Amanda’s Hair Don’t. Now either Kate Jackson needed to take care of some burnt out ends due to bad perms, or they were trying to do something with Amanda’s character. Either way, I think many of us feel it was a huge mistake, a very unflattering choice of style. The kind that makes your stomach sink when you look at yourself in the mirror.

Why would she (either KJ or Amanda) do that? I like the idea of the gum in the hair (told in a great fan fiction) but I have also noted that the “hair don’t” is accompanied by some clothing style changes, and this needs accounting for, I think. And so, because of my love for SMK and in order to do the characters justice, I have delved deeply into Amanda’s psyche and have discovered… “The Dissociation Theory of Amanda’s Hair Don’t.”

So I invite you to pull up a couch, grab your favorite frozen treat on a stick and join me for some psycho babble, Dr. Pfaff style.

Wikipedia defines Dissociation, which is measured on a continuum scale, as a detachment from ones surroundings or emotional circumstances. On one end of this scale are mild cases which  “can be regarded as a coping mechanism or defense mechanism in seeking to master, minimize, or tolerate stress- including boredom or conflict” http://en.wikipedia.org/wiki/Dissociation_(psychology).  I think Amanda has utilized this mechanism throughout her life. Remember the dragons chasing her as a child? It was because of these types of stories that her mother didn’t believe her when she tried to tell her about the bomb in Possum. 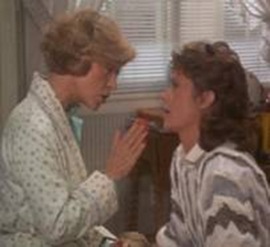 This habit of response would explain why a single mother would be willing to take up work in the field of espionage (boredom?), 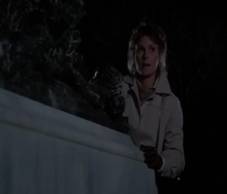 and it would add another dimension to her fantasies of secret agents in SAAB. 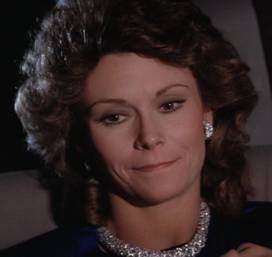 No, I don’t think Amanda has a flawed psyche, I think she is a human woman who has an active imagination and feels things deeply and this is why I think she cut her hair and changed her style of dress at this stage in our story.

Remember how hard Amanda worked to suppress her attraction and reaction to Lee during Weekend? 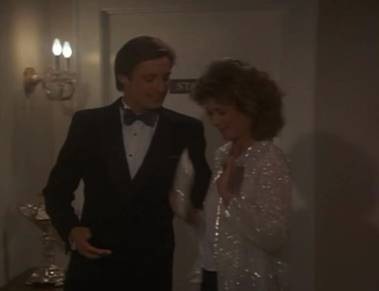 She can’t help it, she is drawn to him.

He is attractive, yes. But he is attractive to her on so many levels. He opens up to her and there is just something there. I think she feels it. 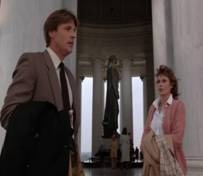 But at the same time Lee is not a safe man for her to fall in love with.

Not for a woman with two children,

a live in mother and a mortgage. Amanda knows this. And so she takes these feelings and tucks them away. 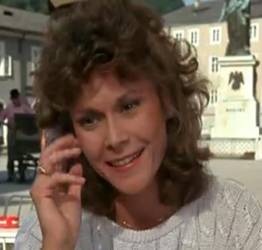 She focuses on a friendship, one that she cherishes and one that becomes unique and special to both of them. She does this very well.

Oh my! What was that?

She felt it, she must have! And she knew he felt something. I do think she laughed a bit at Lee there in the tag. 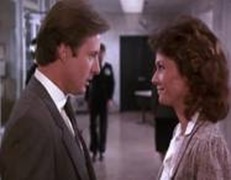 And she stayed in her firm place of friendship because she is a wise woman and didn’t give into the emotions. But she is a woman and she feels deeply and I can’t imagine her not being affected by what transpired. But she tucked it away and kept plugging on.

Spiderweb. I am sure Amanda picked up on Lee’s jealousy about Bryce Topping

(and good for Amanda to take an offer for a night out). 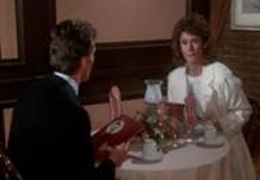 Her comment to her mother that “sometimes I care and sometimes I don’t” is important, I think. 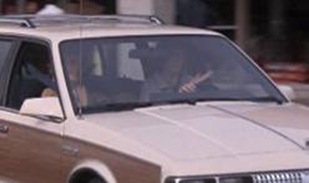 and even the change in his emotions regarding her predicament and faithfulness in this episode.

But I wouldn’t be surprised if Francine’s comments about Amanda being easy to overlook stuck with her. 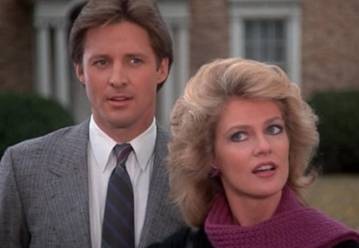 And then the proverbial “straw”, A Relative Situation. How could a woman like Amanda not be touched by what transpired there?

She would be aware of how much Lee entrusted to her.

She would know the level of connection they achieved.

She would be touched by this. 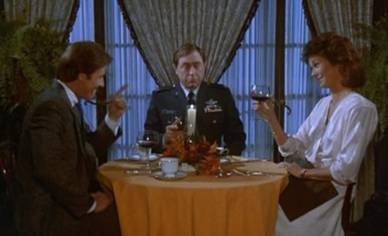 I know she would try to keep things in her own heart as platonic as possible. After all, Lee is not the type of man to give himself over to the kind of relationship she would require. He would never be able to commit to her,

she is a mother, she is a homemaker, she is “just” Amanda, his friend and sometimes partner. He could never see her as… well, she is just not his type… And on the flip side I wonder if there isn’t also some fear on her part if things did progress for them because it would be complicated. It is easy to flirt with a person or an idea when it seems completely improbable,

but if there became a possibility of something that would bring into play past angst of rejection due to Joe and everything that would go with that, there would be a lot at stake.

Now I am not one who thinks that these two have “fallen in love” here at this stage. I think that both of them have been tugged and pulled towards each other. 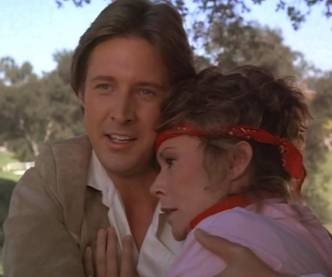 I think they are getting closer. But for different reasons they hold back from taking that plunge. But see, this pull could bring about great stress. And I think Amanda feels this stress acutely about now.

I also think Amanda is feeling stress in her work at the Agency. I notice that she gets very fidgety when she is feeling uncomfortable and anxious, she does a lot of it in Spiderweb and ARS. 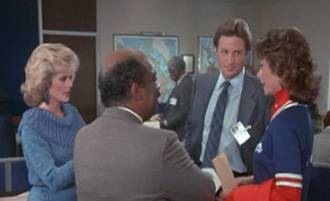 It is as if she is on the cusp of being taken seriously as a woman, but also as a professional. Her interaction with Francine at the beginning of ARS highlights this.

I think Amanda is insecure about whether she is being taken seriously but also about whether or not she can become an agent who should be taken seriously. I know that people don’t like the “dumbing down” in Class Act, but I wonder if that highlights this stress as well.

So why not do something? Why not dissociate from Amanda King right now? Why not change something? Your hair, your clothes? Maybe Lee will notice you as a woman, maybe not. But right now… anything would be better than this, this what? This crazy, stupid attraction? This run of the mill housewife persona and all of the doubts and insecurities that go with it? Maybe she could feel more professional or even sexy if she changed her look? Maybe she would be taken more seriously? Ach!!!!

So what do you think? Could it be that this is what happened inside Amanda? It works for me. Of course it could always have been gum in her hair. Or Kate Jackson decided to try a short do (um “don’t). Well at least now we have choices to pick from.

This was fun guys. I hope you liked it. I did. Thanks for reading. Now back to our previously scheduled “Walk” with Iwsod through the 88 episodes of our favourite show…