6/19 Season Three, Episode 13: One Bear Dances the Other Doesn’t – Scarecrow and Mrs King

Count Dr. Zernoff has gone to make three teas!
Amanda: Mother….
Dotty: Ah I was wrong about Mr. Doyle. He was early….

…And then I remembered that wonderful nut bread that I made yesterday.

[and I’m your mother you don’t get to tell me what to do!

]
Amanda: But Mother.
Dotty: Its all right, don’t worry about me. Now Andrei is not shy at all,… 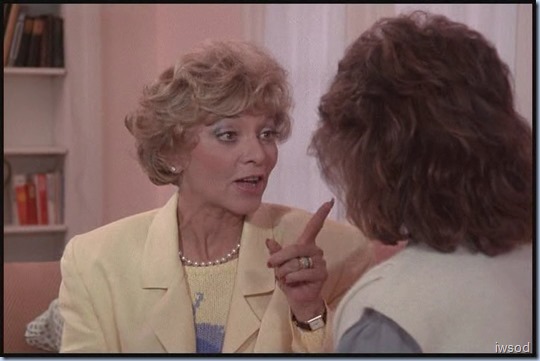 …in fact I offered to show him the sights and we’re going to go this afternoon!

[How sweet is this! I’m all ‘hey don’t tell your mother what to do!’ But Dotty immediately assumes the best of Amanda – and that her bossiness is coming from worrying about her

Zernoff returns with his tea for three!

[I guess Dotty and Zernoff organised that while Amanda was walking over from the stakeout?.. so Lee and Francine can have time to prepare for how to manage this]
Zernoff: Ah, here we are ladies…..Amanda your mother has offered to show me your beautiful capital. Who could feel so welcome as I? 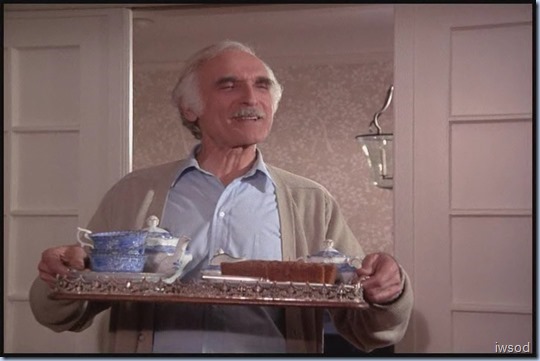 …that’s very nice of you Mother.

Dotty chuckles and looks pretty pleased with herself.. Dotty gets an exciting afternoon with a Russian, and she managed to overcome Amanda’s worrying about her to meet him and be so ‘nice’ and ‘welcoming’

We cut straight to a park.. and it’s time for a baddie catch up! (Amanda has nothing to worry about is still ringing in my ears! how ironic!)
Kurtz: Don’t worry about it, it’s nothing I can’t handle.
[According to the script- this guy’s name is Kurtz-  the guy who was about to shoot at Jerry in the opening scene]

Lawrence: A leak??? Why didn’t you tell me about this before now?? We better shut down.

[Oh dear.. 12 minutes in and we already have confirmation Lawrence is a baddie! smk doesn’t muck around! Oh and this is funny! Lawrence is the government leak and he’s worried about a leak? rofl! the leak has a leak!! ] 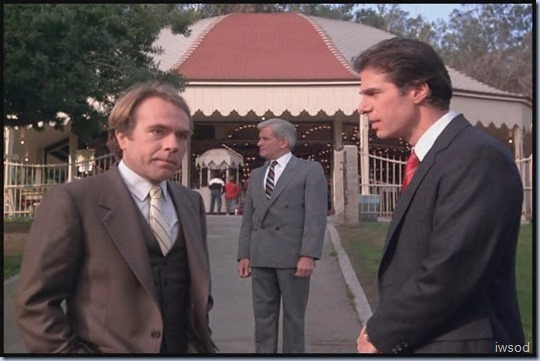 Kurtz:We’ll shut down when I say so. The leak is our concern.
Lawrence: Kurtz I won’t take your money.
Kurtz: Zernoff is the most important of the four, so don’t even think about quitting.

Lawrence: Don’t you even …..
The grey haired man behind them butts in.. 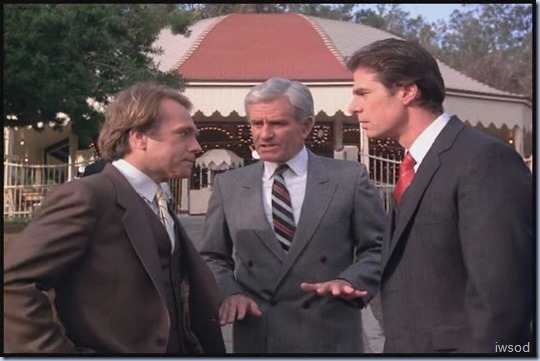 Grey haired Man: No more arguing. Don’t you have enough at stake here? Now the data we can get from Zernoff on the new alloys is vital to our analysis of the latest Russian designs. You stay on that.
Lawrence: Yes Sir.
[Phew. this grey haired guy is the boss!]

Man: Kurtz, I want you to concentrate on some very important unfinished business. You missed Jerry
Dunlap the last time,…

…If we don’t silence him before he makes contact with the Agency again the three of us are going to have a lot more to worry about than we do now.
Grey haired man dishes out the orders and leaves with Kurtz trailing after him.

Love how the scene finishes with the carnival music kicking in.. this is no carnival- these baddies mean business!

Back to the stakeout.. Amanda returns to find out what’s the plan now.
The first thing Amanda says as she comes through the door? Amanda: I’m sorry!
Lee: It’s okay. (He doesn’t seem upset.. that’s good!)
We find Lee is doing something to the recording machine.. Francine gives Lee a look at hearing this. 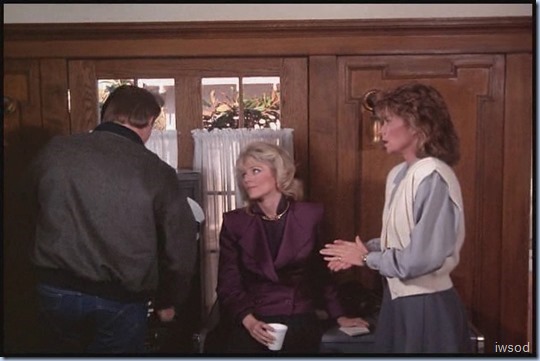 [Maybe a bit of- oh boy.. ‘you’re more generous toward Amanda than I would have been!’ I wonder what she makes of that??!!]
Lee finishes with the machine and turns back to Amanda rubbing his hands together.
[Interesting.. he mirrors what Amanda was doing – she was rubbing her hands together too]

Amanda: My mother’s going to spend the rest of the day with him.

[Um they already know this..they heard.. maybe this is a ‘what are we gonna do?!’ statement.]

[check out the body language in this shot- Lee and Amanda mirroring each other.. I think these little touches are picked up on subconsciously by the audience as we watch the show – and we sense Lee and Amanda’s connection

Francine in the middle taking it all in.. or at least, trying to – she can see some strange things going on here!

]
Lee: We are also going to spend the afternoon with him… 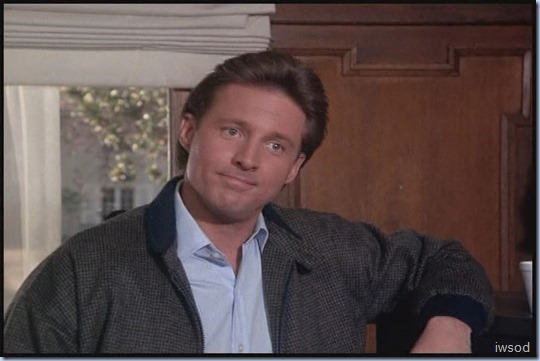 …We’re going to give you a listening device, you can slip it into your mother’s purse.

[Lee seems casual here.. I think he knows this is going to be difficult for Amanda and so he tries to downplay it’s significance – asking Amanda to put a bug in her mum’s purse?!!!! he even calls it a ‘listening device’ rather than a bug! but I think he is trying to help Amanda here and be supportive – what do you think? ]
Amanda: Wait a minute! I’m not going to put a listening device in my mother’s purse! That is a bug. And you’ve asked me to do some pretty crazy things…

[I think someone needs to write a script of Francine’s thoughts while listening to this exchange- very informative! Anyone?]
Lee is very patient and respectful with Amanda here – old Lee would have been angry- Amanda is the reason her mother is involved and now she won’t plant the bug? but Lee is still patient with her

What would Francine make of this change???!!!!
Lee reacts to Amanda’s remark..

Like he’s thinking back to all the crazy things they’ve  done?

He winds up smiling though

Lee: This isn’t so different Amanda.. 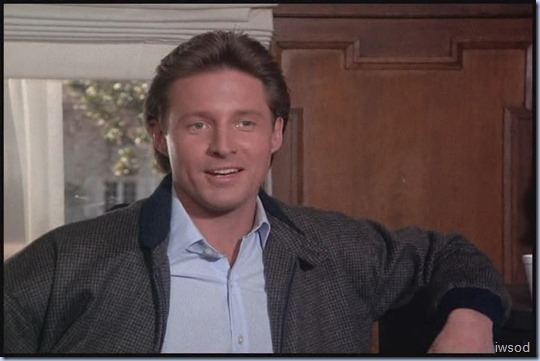 Amanda: This is my mother!

Lee: Amanda this is the only way we can stop them, short of yanking Zernoff off the street… 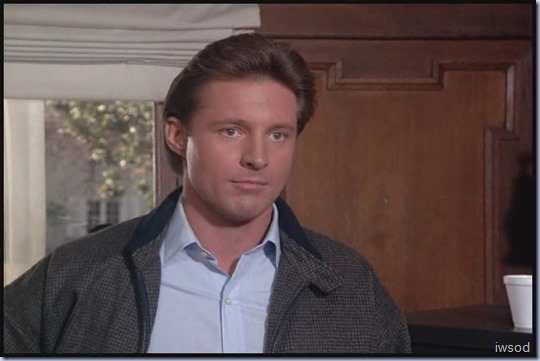 …It’s for their own good believe me…

(we cut back to Amanda reacting)

…You can go along if you want.

Then back at Lee..
[I think Lee also recognises that Amanda is worried for Dotty – Just like Dotty thought Amanda was

they know she cares

it’s very sweet.. especially when this could have turned into a whole ‘you want to be a spy you’ve got to toughen up’ kinda thing.]
Lee raises his hand to wordlessly ask- well? what’s it gonna be Amanda? Shall we? 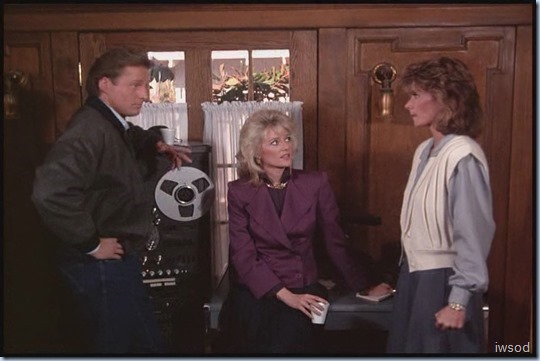 pauses a moment and then not meeting their eyes she asks:  Okay, where’s the bug. 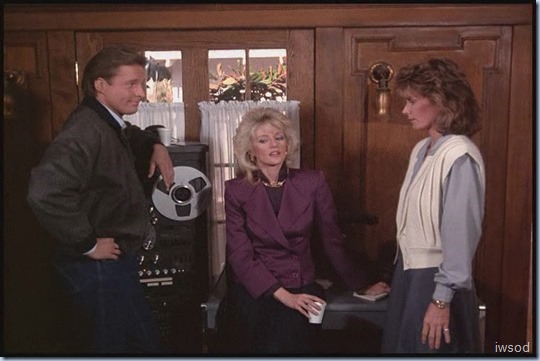 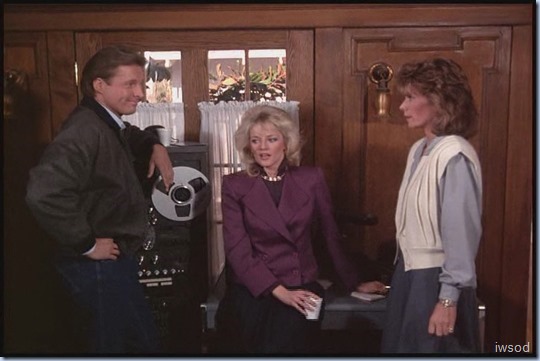 Francine looks visibly relieved – maybe she didn’t think Amanda would do it.. she is always underestimating her! 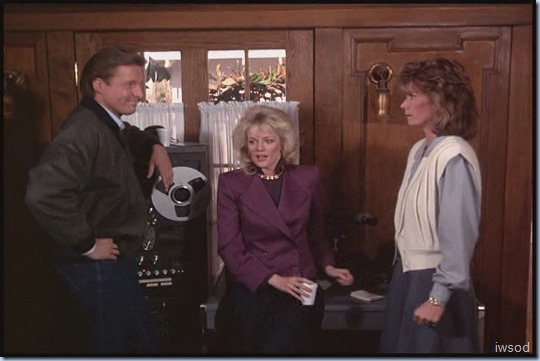 [Check out Lee’s pose.. hooo haaaaa.. with those dimples?]
Amanda isn’t thrilled with it though..but she’s going to have to suck it up- it is best for everyone.
I love that Amanda doesn’t just agree to whatever Lee wants.. she is not in awe of him.. no matter how swoony he is! She loves her mother.. and that is important!

Lee turns away grinning from ear to ear that Amanda has agreed- I think he realises this is a really big deal for Amanda.. and he’s proud of her.. and relieved!

Francine looks up at Lee – like phew! she actually said yes.. I think there’s a little – ‘you were right Lee’ in this. Lee could have championed that Amanda would see the sense in this, though she wouldn’t like it. He knows her well – better than Francine!- and he knew how best to approach her about it.
I can imagine Lee saying – stay out of this Francine and let me talk to Amanda (protecting Amanda in this tough moment from Francine but also supporting Amanda to make this tough decision). Francine would have been thinking – this is never going to work she won’t do it! But let’s see Lee get it wrong – he shouldn’t have such faith in Amanda!!!
Francine was proven wrong.. and Lee IMHO is very proud of Amanda here at the end of this scene

Lee finishes doing something to the machine.. Amanda stands by stoically waiting.. maybe preparing herself for what she’ll need to do.. and the scene ends here.

I think this is a huge scene – for all three characters! What do you make of it all everyone? I guess I’ve written a little script of what Francine could have been thinking leading up to this moment – anyone want to write one for what she thinks and sees throughout this scene? what an eye opening exchange between Lee and Amanda.. so much trust and respect and growth is on display here – in front of Francine!!!!

Okay gotta run- hope you are all well!!
Thanks sooo much for stopping by and reading.. and for sharing your thoughts with us all as we continue on our walk together (if you choose to comment)
-byeee for now.

34 responses to “6/19 Season Three, Episode 13: One Bear Dances the Other Doesn’t – Scarecrow and Mrs King”