So we left Lee about to go visit Jepard in isolation.. bring him some flowers, chat with him while he convalesces.. yeah right! haaaaa.. Lee was headed to Jepard to get answers from a dying man..
And now we pick up again with a  blue sedan containing Webster and Falkan pulling up at a warehouse. Webster and Falkan get out and head inside..

We find an apologetic Eagles.. and Amanda – ugh!! 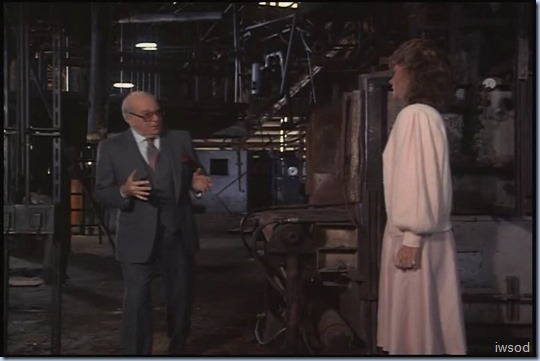 Eagles: I’m sorry, Mrs King, for all of it.
Amanda: Then why are you doing it?
Eagles: Because it has to be done—at least that’s what I tell myself… [Aie.. this says it all – Eagles in  a way seems to know he is talking himself into this rubbish to justify all the things he’s done that he shouldn’t have]
(Amanda lets out a massive breath here and looks down)

[Poor Amanda.. yes you are talking to someone here who could justify anything to himself.]
….We’re only trying to make the world a safer place.

[Not a safer place for Amanda! Jerk!! I actually wish Eagles would just shut it. He’s sprouting complete nonsense to justify to the person he is about to kill why she has to die. And it all seems to be to be extremely pathetic and delusional. This is what your life has led you to Eagles? Shame!!! Shame!!!! Me thinks Karl Eagles is the Step Brother of Jay Armin- and they went to baddie school together..
personally I think the world would be a safer place if Eagles died.. 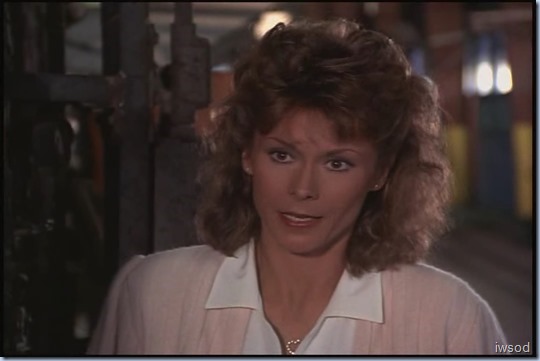 [Amanda is a case in point!]
Eagles: We are not outlaws…

[Eagles has the nerve to look offended!]
…We believe in law and order…
[Delusional. Which laws are they Eagles?!]
… We’re trying to help an imperfect system; to fill in the unfortunate gaps. 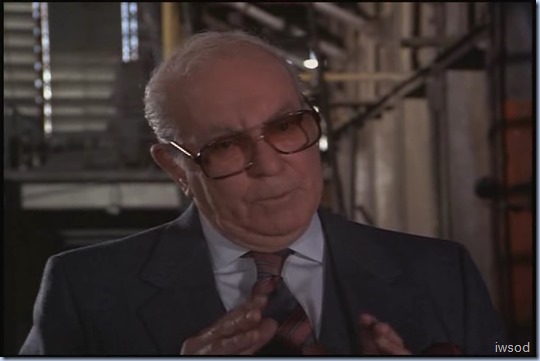 [I think it’s hilarious how he tries to explain to Amanda here, like it’s perfectly logical and rational –why doesn’t the innocent woman I’m about to kill get it?! whahahaaa It’s like we’re in some kind of alternate universe here whoooo]
Amanda: Was Lance Dorn an unfortunate gap?..

…Is that what I am? An unfortunate gap? 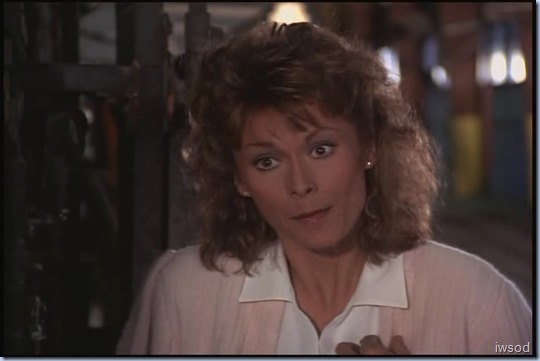 [I’d say Eagles is an unfortunate gap!]
Eagles gives Amanda a look.. Like – ugh don’t ask me such stupid questions! 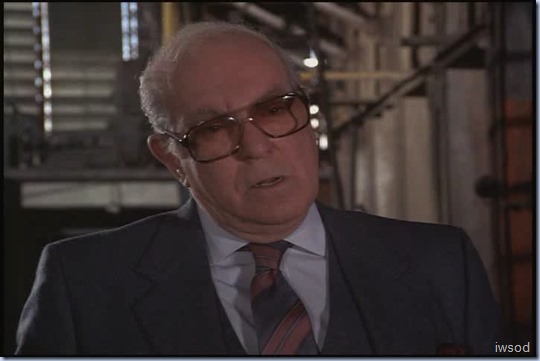 Eagles: In the five years of our existence, we have eliminated… a dozen criminals. Cold-blooded killers. Unfortunately, there’s the price to be paid.

Amanda responds with a look.

[Yes Amanda.. there’s no getting through to this man, he’s turned to the dark side and is now so evil he can’t see what he’s become!
In five years, Lee and Amanda have eliminated many more baddies than Eagles! haaa!!!!
Me thinks in that five years Eagles has created 3 more cold-blooded killers – himself, Falkan and Webster! If this were about justice and the price – why are the triumvirate covering their own butts so much with innocent lives?
They are a scared, pathetic group who try to pass themselves off as heroes while sacrificing innocent lives to cover their butts.. gag.. I think it’s more about the 3’s own egos than justice..]
The other two members of the Triumvirate approach.
Eagles: This way, this way.

Jepard is lying flat on a hospital bed.. [LOL hurry Lee Jepard may not have much time left either 😉 Rofl.. he’s lost a lung and they have him lying flat? Quick Lee!! I think he reaaaly hasnt’ got much time left haaaaa..] 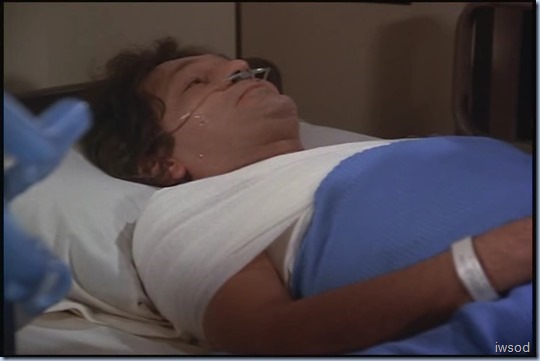 Jepard: Ah, nothin’ in this life is for free. So maybe you can scratch my back and I can scratch yours a little.
[I think Lee should have said: Well I left you with 1 lung- you should be grateful! 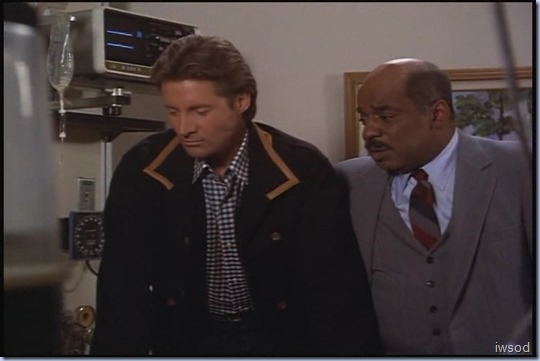 Billy and Lee  are standing by his bedside.
whooo Lee’s jaw is clenched.. grrrrr..It’s like he hangs on to that bed rail to stop himself from punching the guy.
Billy: You’re not in much of a position to bargain, Jepard.
[Yes they should sit him up for that

]
Jepard: I’ve been in worse.
Lee: You think you can cut a deal with us, you murderous son of a –

[Is it really awful that I find this hilarious?! Billy holding back Lee like this? I mean Lee is making it pretty obvious that Jepard has something to bargain with. Oh dear… I’ve never really thought of Lee as the masterful negotiator ahem.. Lee is the last person they should have in there – Billy should have gone in alone. but hey  – we want to see Lee fight for Amanda.. we want to see Lee grappling with his intense emotions.. all.. for Amanda!!! -Swoon!- So it’s very naughty of me to complain about Lee’s tactics here.. I’m so ashamed.. forgive me?

[Jepard may be a baddie but he’s not dumb! that’s the other 3 baddies! lol You’d have to be dumb not to see how much Lee wants to find Amanda!]
Billy: All right. One for one… [come on Billy! Jepard got to keep one lung, We get to find out where Amanda is! no?!]
…You tell us where they’re holding Mrs King, and I’ll arrange safe transport out of the country. 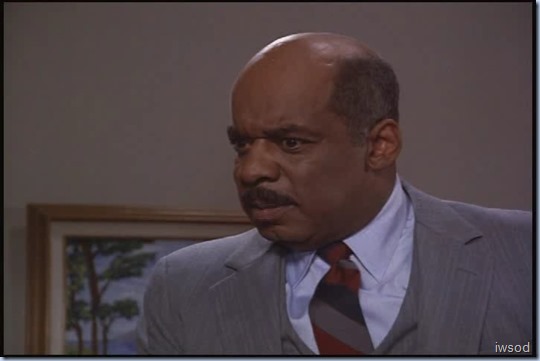 Jepard: Well, I… I may need some folding money. Say, ah… a hundred grand… 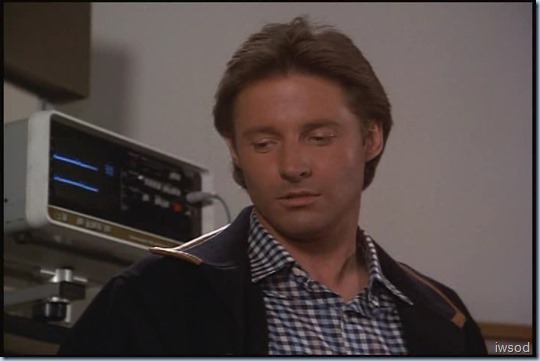 [Lee doesn’t trust himself to speak me thinks.. instead he just looks at Jepard like: You’re scum!!!]
Billy is determined.. he leans in… 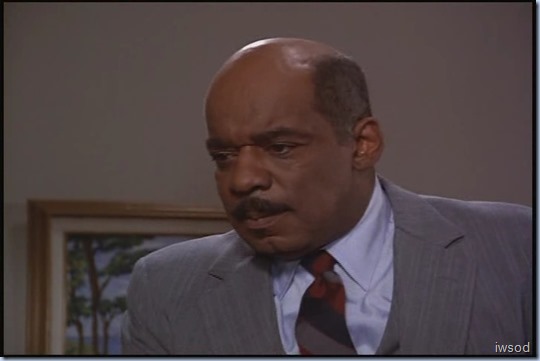 ) Billy is able to keep calm here.. reign in his disgust to negotiate.. He’s a pragmatist.. Good for Billy!

Jepard being such a disgustingly evil human being just highlights even more the evil the Triumvirate have been getting up to – paying a man like that to take out others… Jepard is a cold blooded killer they were letting roam free! ugh!!! 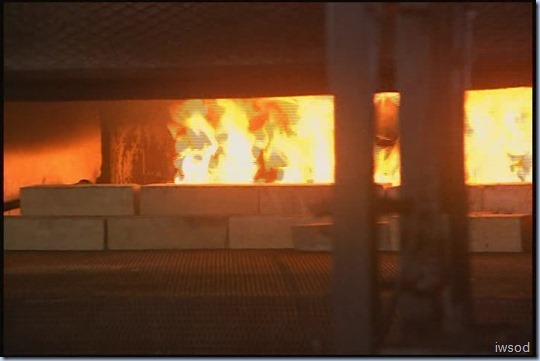 Eagles: Let’s get on with it.

Webster sloooowly reaches into her handbag and removes a small box.
She opens it and removes a vial. So it’s her turn to get her hands dirty is it?!

Outside.. Billy and Lee pull up – screeching tyres.. lol.. guess Quick is now better than quiet on this one 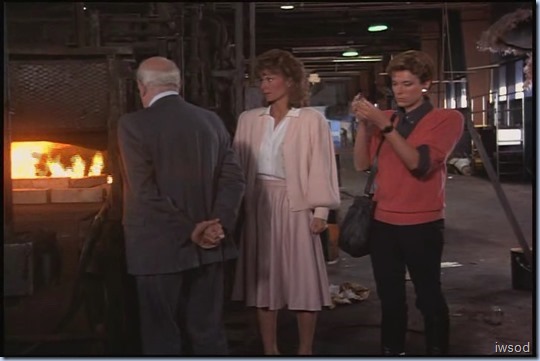 Any needle phobes might want to look away!
Eagles: The injection is quick and painless, I assure you.
[Still trying to be nice while you kill her? Lame Eagles! You’re lame!!]

We see the obligatory close up on the needle drawing up the contents of the vial.

Back to Billy and Lee in the car. Through the windscreen, we see the warehouse and the two cars parked outside.
Lee: Jepard wasn’t lying, Billy. That’s the escape car.
Billy: Amanda must be inside.  [Awh!!! Billy’s first thought is Amanda?! From Lee we get it.. but I think it’s rather touching to see Billy care about saving Amanda more than catching the baddies here! Usually of late, Billy has been holding catching baddies and saving Amanda as equally important no?  good for you Billy!]
Lee: Yeah.
Lee holds up his gun to cock it heroically.. Lee is going to eat these wimps for breakfast!!!!
Whoooo it’s time for the action sequence.. Brace yourselves! 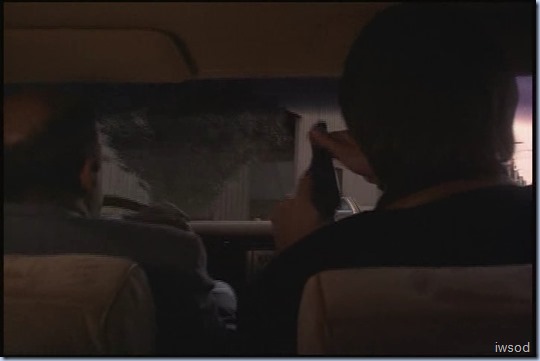 They get out.. and sneak into the warehouse.
Inside.. Billy issues the orders..
Billy: You take the other end.
Lee: All right. Good luck.
They head in different directions to each other.

And for the moment.. we’ll pause here!!!
Thanks so much for stopping by and reading!!
If you like  it would be wonderful to hear your thoughts! Please share them with us – all views are very welcome!

66 responses to “14/17 Season Three, Episode 16: The Triumvirate-Scarecrow and Mrs King”