Where were we.. Amanda ran to the elevator while Francine tried to hold off Jepard – she gets shot in the thigh and stumbles into the hallway and takes cover in a room opposite.. so Francine is now out of the picture in protecting Amanda.. Uh oh..
Jepard runs out to the hallway and sees Amanda in the elevator.
As the door closes he aims his gun. too late- phew! [The elevator is on Amanda’s side!] He runs to a stairwell. Amanda exits the elevator on the ground floor and runs through the lobby area. Lee sees Jepard as he exits the stairs. They shoot at each other. 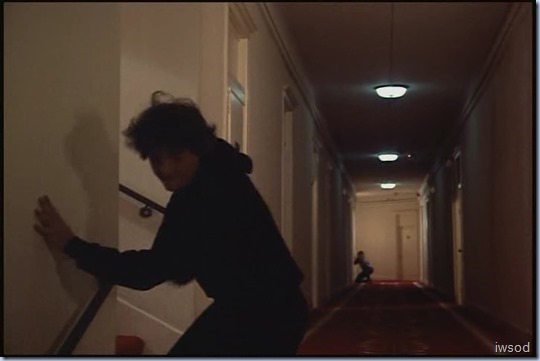 We see a close up of her running in heels..
Errr.. no wait.. Running in what is usually her heels..but ahem.. at some point she has cut off her heels and turned them into flats! See? No heels! My my.. what a woman!!! she just thinks of everything! Run Amanda! Run!!!!

Amanda passes the Corvette, and gets into a brown car parked behind it. She starts looking for the keys. [Suggestion: Next class for Amanda? How to hot wire a car!]
Karl Eagles appears at the door and holds out the keys to her.
Amanda: Oh, good, Mr Eagles – 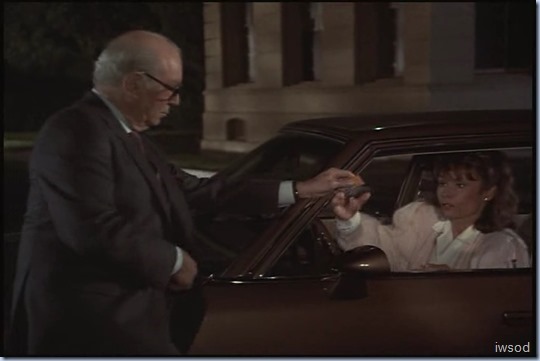 (He draws his gun and she stops short, letting go of the keys.)

Booooooo!!! Poor Amanda.. her face falls when she realises Karl is no good. Booooo!!! You Evil Administrator you!!! You….. Pencil Pusher!!!!
My goodness, Karl really has turned to the ‘dark side’ [Hey, the Force has awakened so why not a little Star Wars reference?!] He is well and truly getting his hands dirty now and can no longer kid himself about the evil he is carrying out. Is Amanda a bad person? Is this justice? This goes against Karl’s arguments about not killing Lance earlier… he has turned his back on society’s principles and it seems he has even turned his back on his own that he held earlier in the episode.. 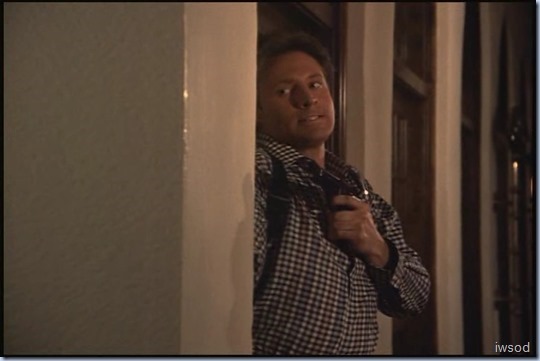 More sneaking.. and hiding.. and shooting and Lee lookin good.. [you didn’t want to see any shots of Jepard did you?! didn’t think so 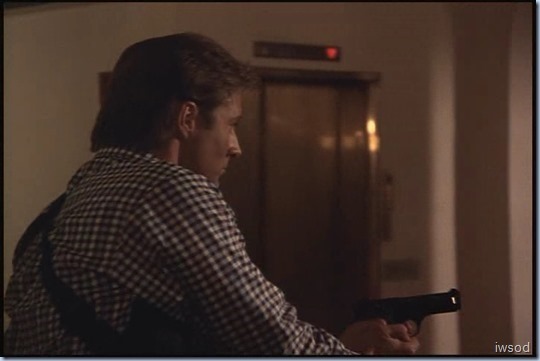 As Lee faces the other way, searching for Jepard, we see Jepard on the floor above, behind a ledge with greenery and a pot of flowers. As he takes aim, he knocks the flower pot off the ledge. [rofl this is so lame.. words cannot begin to express how lame this is.. Mr super scary Diablo 666 just happens to knock over a flower pot when lining up the kill shot?! whahahaaa.. The flower pot was on Lee’s side!! 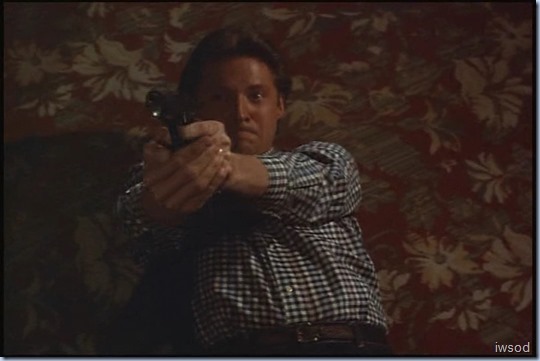 Jepard is hit- hooray!, collapsing against the ledge.
Lee lies on the carpet for a while,.. Phew.. that was close!

his gun pointing up toward the ledge, and then gets up.

This whole Lee gets called back to IFF and Francine is watching Amanda when the assassin strikes is all super contrived..What do you guys think?
Yep.. the baddie couldn’t have sturck while Lee was protecting Amanda – or Lee would have failed to protect Amanda.. and we must finish the sequence with Amanda having been captured.. and Lee still looking super heroic.
I guess they needed to find a reason why Lee would be rushing back there all super dramatic to intervene- and the phone calls thing was the clue.. flimsy at best IMHO.
Oh well.. I’ll just focus on how good Lee looks trying to save Amanda and take down the bad guy.. and.. on Francine taking a bullet for Amanda! whoo  hoo!!

Moving on.. back to IFF the next day..
Tired Billy leaves his office and walks toward Lee who is  pouring coffee.
[I think it’s implied they’ve been working on finding Amanda all night]
Billy: I spoke with the hospital. Francine’s out of surgery…

…Jepard’s bullet went straight through her leg. She’ll be on crutches for a while.
[Billy does a massive yawn]
Lee: What about Jepard? 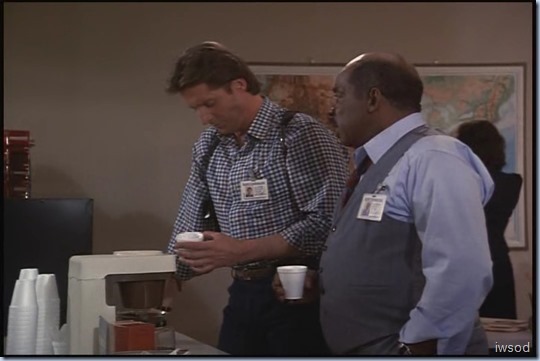 … They got him over at isolation.
Lee: Come on!! He is the only one that can tell us where they’ve got Amanda, Billy!! [Ohhh yeahhh.. errr Jepard’s still alive? Hip Hip Hooray!

he can die tomorrow!]

Billy: Did you search the hotel?

Lee: Yeah, every inch of it…

[whooo Lee has a bit of an all night shadow here on the side view.. whooo.. stubble.. whooooo ..shgahsbahbaba 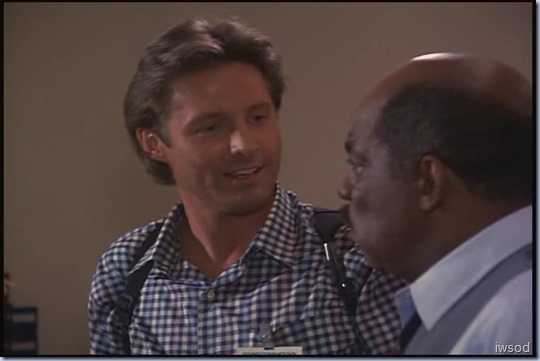 [LOL it sounds to me like Lee says Jeopardy is our only chance (when he says ‘Jepard is’). Hey – For 50 points.. Where is Amanda King?]
Billy: He’s gonna be a tough nut to crack. He’s a real pro.

…That loosens a lot of tongues.

Lee walks off determined.. I guess he’s heading for the isolation ward..and Jeopardy err Jepard!
Billy: Heard that! [I.e. ain’t that the truth]

So.. things are looking mighty bleak.. Will our hero come through for Amanda? Anyone not remember if Amanda makes it? whahahaahahaa

Can’t wait to hear your thoughts everyone! Thanks for reading!!!

53 responses to “13/17 Season Three, Episode 16: The Triumvirate-Scarecrow and Mrs King”