There’s lots happening in the hallways of the Hotel Monroe.
That’s an agent in a tux? Drat!!! Missed opportunity!! why was Lee not wearing a tux and attending!!!!

Hmm did the script have Lee attending?
Oh well instead we have to watch him in his Beige day clothes

We can see agents talking to guests.. and we find Amanda coming around the corner. She did well staying away! She must have been worried about Lee. Good to see she can leave him to get the dangerous stuff done with other agents backing him up. Is this further maturity? I think Amanda tends to not follow orders when Lee doesn’t have much or any back up. lol.
Anyway, Amanda approaches Billy.

Billy: Lee told me about the diary, Amanda… 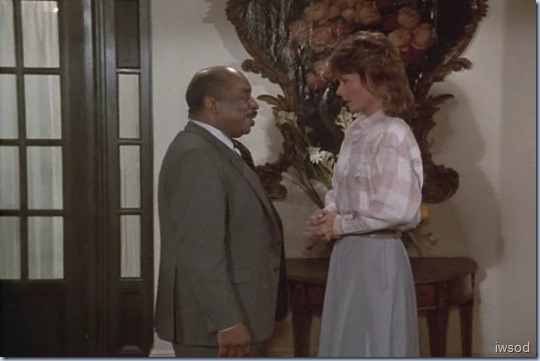 …That was fine work.

[Squeeee!!! You can just picture it – Lee being quick to let Billy know about Amanda’s great work! Now this is a rather swoony quality – no wonder Amanda loves this man

Early Lee didn’t want to tell anyone what Amanda was able to achieve!]
Amanda: Well, thank you, Sir, but actually Millicent McDonald did all the work, I just interpreted it.

[I guess Amanda wants to remember Millicent – without her they never would have caught Sallee.. it’s a lovely way to honour her memory – plus it’s some Amanda humility]
Amanda and Billy share a smile as Amanda pays tribute to Millicent. 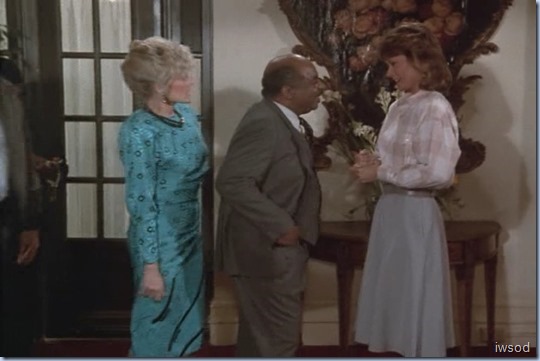 Francine walks up to join them, Lee following behind..

Francine: Sallee’s dead. [His light bulb has gone out]
And we see dead Sallee being wheeled out.
Lee: Killed by his own hand, huh.

]
Billy: Well, he who lives by the sword…
Sallee is wheeled past.. trailing away.. see there you go – dead men do leave trails, they just need some help

[What’s he carrying? is that Viking spears?!] 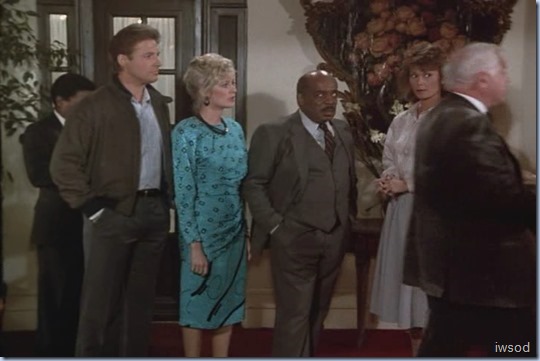 Francine is still looking over at Lee to share a look in response to Van Kleef. But.. Lee isn’t engaging..

In response to Van Kleef’s devastation Billy says: Come on, Francine, we’ve got to mend some fences. 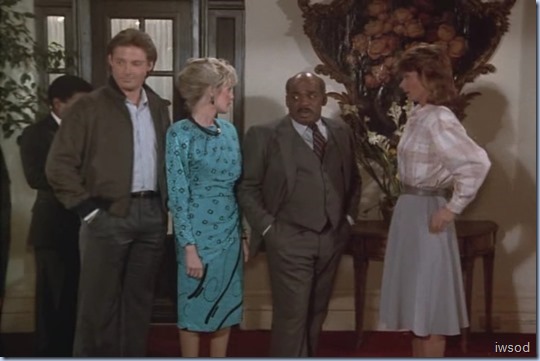 [Hoorah for Billy! that’s why he’s the boss. Savvy. A good man!] Billy isn’t asking. He’s telling.. he starts to walk off expecting Francine to follow.

As she walks off she says:
Francine: Don’t know what his problem is, look at my hair.

We hear Lee let out a chuckle at Francine. Yep.. what else can you do with her!

I guess all this humbling is tough enough, but with bad hair it’s really tough for Francine!

Amanda doesn’t move. Lee takes a couple of steps forward to join her

They share a quiet smile.
Lee: What do we do for an encore after a day like this?

Amanda: Well, Mother and the boys won’t be home until tomorrow,..

…I have a couple of steaks… 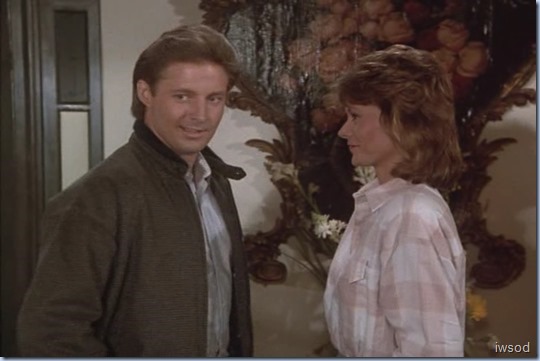 Amanda: Let’s give it a try.

(Amanda reaches for his arm.) 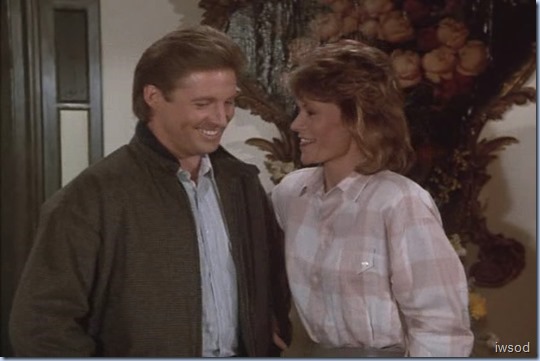 These two walk off arm in arm, two peas in a pod and.. adorable!  So full of joy to have the chance to be two normal people together!

The scene ends there..

Well I’m full of anticipation! How about you?? Finally we’ll get to see what these two are like together now that they both seem to have embraced their feelings for each other and become comfortable sharing their romantic feelings.. It’s like up till now they haven’t crossed over into romantic couple territory – the opportunity to be alone, and to actually address what’s happened between them just hasn’t seemed to come up yet. They’ve been in the office, on a case, or wrapped up in work mode…. Not since that romantic scene in the triumvirate – where Lee watches Amanda read her magazine I think. And here we have – a chance for something to finally happen between these two!!!!!!

There is no way I’m going to rush this steak dinner.. I’m going to pause here. Hang in there! I’ll be back with the tag soon!
It’s really fascinating to explore where the story is- right at this moment.. not sure of what’s ahead, just hoping… and squeeing! And.. also quite anxious – will we be disappointed again?
So appropriate that recently (on 12 December, 2016) Iluvsmk commented on post 12/16 of Utopia now and shared how frustrating it was to have that near miss kiss!!!  Great timing Iluvsmk!!!  Here we are again!! will they finally have that kiss?

Anyone remember watching this ep for the first time? What were you thinking at this point??

One last thing – on IMDB Elyssa Davalos is listed (who played Lee’s former girlfriend Leslie O’Connor.) Weird! I was wondering, do you think maybe she was suppose to be one of the guests at this reception? and that she and Lee had a surprise meeting?? and Lee was well and truly over her?? Is there anything in the script about her?

Okay gotta run.. back with the tag really soon!! Just in time for Christmas 😉 Then.. we’ll start the next episode on 1 January 2017 🙂