Picking up right where we left things..
Lee is following Rajmund and his trusty (great plan!) stolen fuel truck –  Lee attempts to come alongside but Rajmund rams him.
Oh no! Yawn. Will Lee be blown up pursuing this dim witted baddie?! [Truly, I have no idea how this ends..but yawn.. I think maybe I can guess.. big boom boom?! But the big boom boom misses Lee?! Yawn.. and yawn.. I can kind of understand why I don’t remember it!!! ]

Eventually, Lee cuts off the truck, forcing it to turn into a quarry.. you read that right. A quarry! There’s a random quarry near LA airport!

Oh my… a really big wide open space where bombs in smk tend to go off??!!! could this fuel truck be about to blow?!!! Usually in smk, a quarry or a really big cliff is a sure sign a vehicle is about to go over and make a big boom boom and bye bye!

Lee follows.. LOL is that quarry where they filmed the opening of this episode?

Oh oopsie.. baddie was so busy looking at Lee in his side view mirror he didn’t see the massive hole in the ground in front of him. (Hey it’s a common mistake that one). 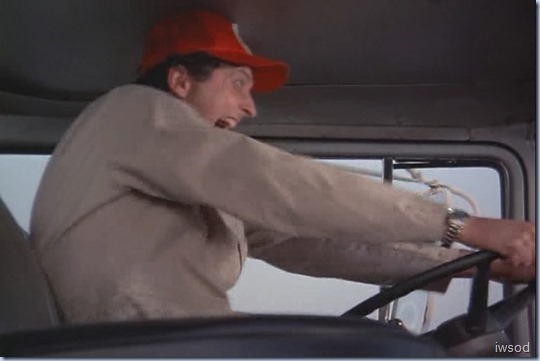 Plenty of over the top screams and cries of regret as- ta daaaaaa.. that fuel truck heads right over the side of the quarry cliff- Oh my gosh!!!! that slow-mo is flippin hilarious!!!! It is the cliff that keeps going and going.. and going.. and.. well you get the picture!

The fuel truck hits the bottom… no explosion?
hang on.. hang on…

Ahh– there it is!!!! Big explosive boom boom!!!
Baddie Rajmund in his trusty fuel truck meets a massive fiery and slow end!!!! Whahaahhahaa.. Geee.. I didn’t see that (yawn) coming

Did you?!
Lee stands and looks down at the big boom boom. 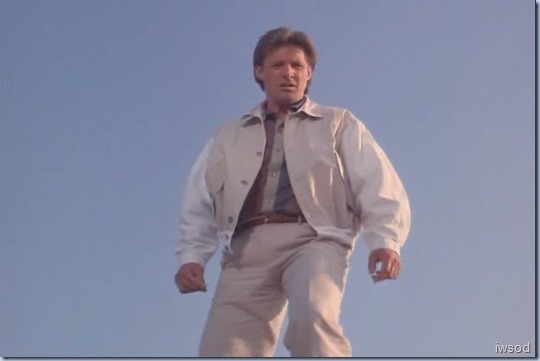 and.. up it goes.. bigger and bigger. 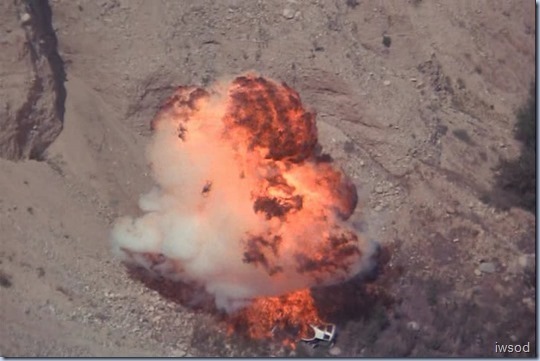 SMK does not do small explosions

The scene ends here.
Oh boy, not one of the most riveting of finishes.. but I love how it had to be Lee who nabbed the baddie – Chang and Petrovich didn’t get a look in! Oh well.. at least Nadine nabbed herself a baddie too!!!

[Well there’s one for gender equality!!

It’s tag time!!!
Back on the plane and it’s nothing but blue skies!

It’s time for shots of Russian Wodka (Vodka)…
[Anyone else picturing a gag where Petrovich cries to everyone – ‘Shots everyone?’ And they all hit the ground for cover?! ] 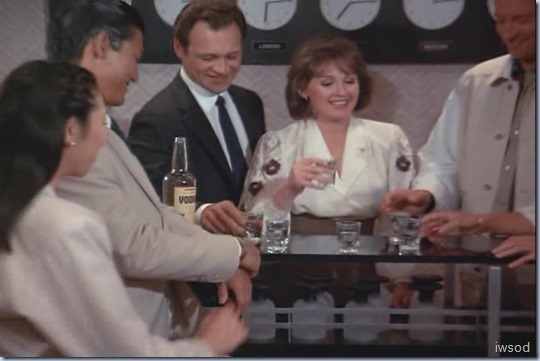 Everyone grabs their shot glass.
Petrovich: (Speaks in Russian)
–some kind of toast? anyone?
Nadine: To you. (Nadine looks at Amanda as she says this, but.. maybe it’s directed at everyone?) 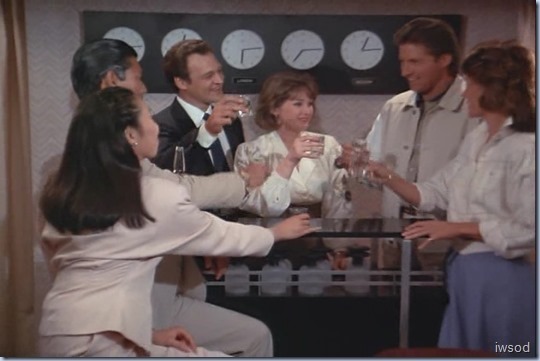 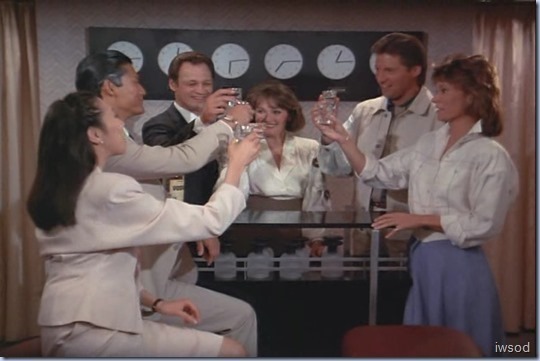 Everyone knocks back their drink. rofl.

Love the look on Amanda’s face!
Chang: Well, this has been a most interesting experience.

(Chang turns to Col. Sung and says something to her in their language along the lines of ‘shall we head over there’? and they walk off together.. Hmm looking a bit cosy! ) 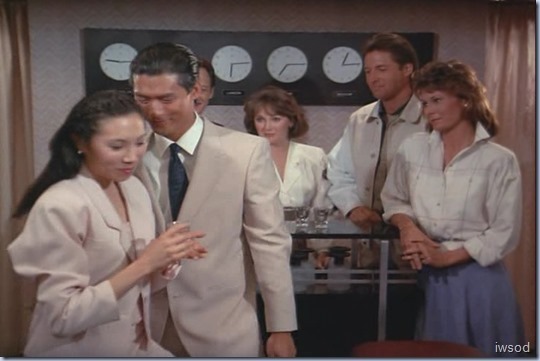 Petrovich: Yes, we should not repeat it!
[yeah I mean you can’t admit that you wouldn’t mind if you did!]

Nadine: Because we may have to work together again. 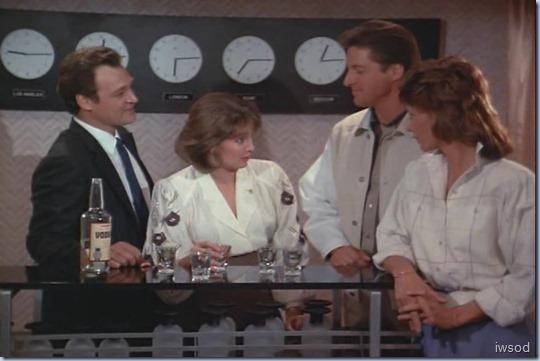 [Interesting that Nadine acknowledges a positive here while Petrovich tries to backpedal on all this friendliness and teamwork!  How do you guys see this?
Chuckles all around.. yes this being friendly with each other is all a little awkward.. Let’s just go back to normal and let’s not push this too far

Nadine starts to leave, Petrovich motions to Lee and Amanda goodbye saying: Do svidaniya. [lol the one thing I know in Russian! Well that and Da!]

Nadine and Petrovich wander off leaving Amanda and Lee at the bar alone with a bottle of wodka. 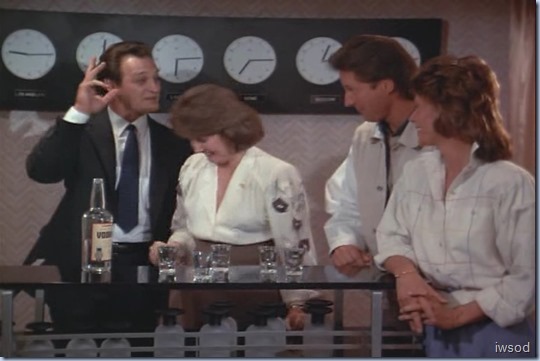 Sorry guys! Yep we’re going to pause here.. I don’t want to split up the remainder of this tag.. while we pause, help yourself to a shot of vodka!

What do you all think?