Moving on to IFF…
Billy is leading a meeting.

Billy: We’re talking about a nuclear attack on D.C.
S.I.O.P: the Single Integrated Operation Plan—is designed to prevent this…

[these acronyms are hilarious!]
(The shot widens to reveal everyone at the table.)
[Amanda is there!!!!!!!

…The war game conducted by Dart’s team will simulate an attack and test our strategic communications.
(A lady places a folder in front of Lee, then Amanda.)
[what’s ‘Dart’? ]
Amanda: Thank you.
Billy: More importantly, it will prove to the world that we can survive and strike back. It’s called… Stemwinder.
[LOL this all sounds so impressive! Much more impressive than ‘War Games’!]

Dr Quidd: Psychologically speaking, it should pay some big dividends at the next disarmament conference.

[This guy played a psychologist in a Colombo episode in 1989 too! I only saw it the other day-weird!]
Francine: So where does the Agency fit into this? I mean, war games are not exactly our forte. 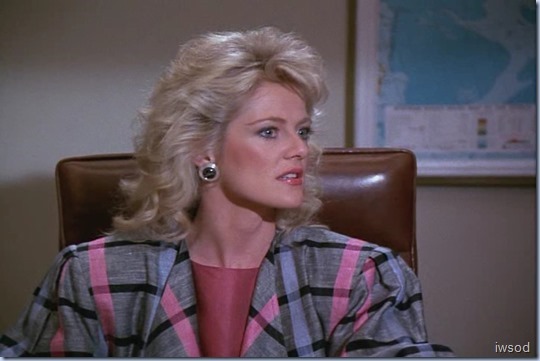 [I do believe Francine’s shoulder pads have groooooown! maybe they expanded on hearing about war games?]
Dart: The Russians will be doing everything they can to monitor the test. Now, your job is to give them a window—a small window—to peek through.
[A small window? My goodness, two seconds ago we were hearing that a smile is a window from a vodka guzzling troll!

[LOL I thought ‘Dart’ was another acronym-rofl!

It’s this guy’s name?! Actually I think Dart could be a great code name, maybe it’s his code name. You guys remember seeing this actor in smk before?? ]
Lee: Why not give them open access to the test results?

[Is it just me or is this more an Amanda question than a Lee question?!]
Quidd: The brain game, Scarecrow. If we hand them the results on a silver platter, they’ll, uh, discount them.

…Figure it’s some kind of setup…

…But if we make them work for it, then they think they’ve scored.  [AKA- the plot of Three Faces of Emily with the Falcon Ving!

Emily: “the only way to keep Falcon wing away from them was to give them Falcon wing……..(i.e. Let them rob us at gunpoint for it) 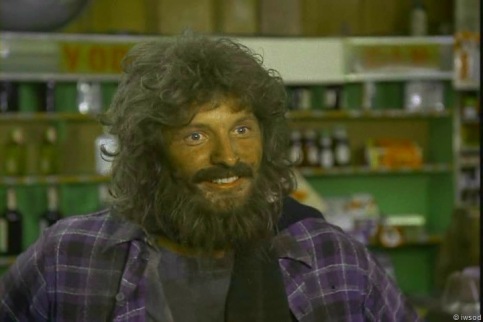 …What they have is an incredibly clever set of plans to an airplane that doesn’t function. Even a computer analysis couldn’t show the flaws.”
I guess this time the plan isn’t to make them work for it by robbing and stealing convincing but bogus results, but instead to limit the information revealed convincingly.. but it’s still in my book Emily 2.0!]
Lee: Hmm Hmm. Well, what’s the window?
[Lee’s smile! 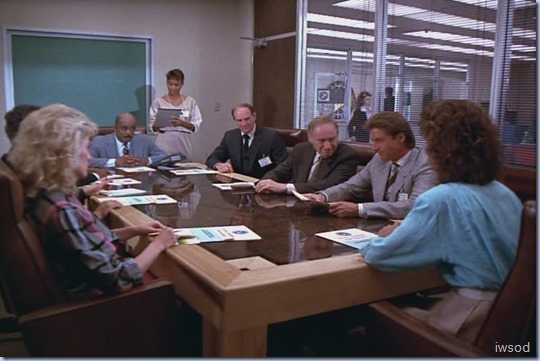 Billy: Radio frequencies. You’ve each been assigned someone we might leak them to… 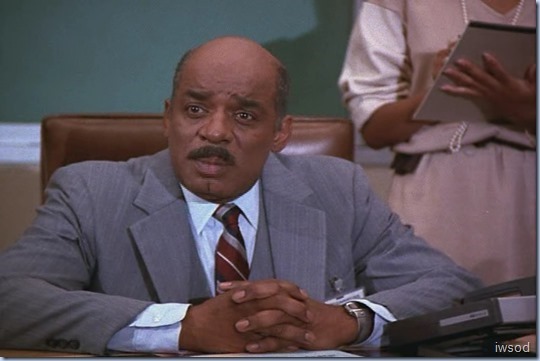 (We see a close up of Rostov’s dossier.)

[Haaaaaaaaa… seems we have another doppelganger! Where have we see this face before guys?! Bet you can all remember this guy!… and his steaks! Plus the photo is too big for the dossier!]
KC has transcribed it for us..
(DEPARTMENT OF DEFENSE: OFFICE OF THE  PENTAGON.
SASCHA ROSTOV
6668 PENN STREET
APT. 136
WASHINGTON, D.C. 10062
TELEPHONE: (202) 555-6681
PHYSICAL DESCRIPTION
HEIGHT: 5’ 10”
WEIGHT: 170
HAIR: GREY
EYES: GREY
HEALTH: GOOD BUT OLD
DISTINGUISHING MARKS: NERVOUS
BORN: February 13, 1934
MOSCOW HOSPITAL
MOSCOW, USSR
PARENTS: REBELS WHO WERE TAKEN AWAY TO SIBERIA UNTIL THE DAY THEY DIED. HE HATED THEM IN EVERY WAY.
EDUCATION: SOVIET UNION ELEMENTARY MILITARY SCHOOL.…)
[This dossier is hilarious! His health is ‘Good but old’?! rofl!!!
And.. he hated his parents in every way?! whahahahahaa!!!]
Billy : He’ll be coordinating the Soviet shoppers.
Neiman—Ivan the Terrible.

[Neiman seems to be the agent seated next to Francine but we don’t get a good look at him. There is a Russian with the code name ‘Ivan the Terrible’?! Haaaa. Actually, now I think about it, the Russians probably get together and say to each other: There is an American agent with the code name ‘Scarecrow’?! I love it!!!! 😉 ] 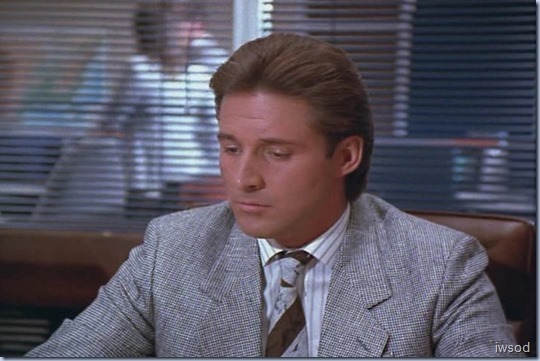 KC has transcribed her dossier for us:
(DEPARTMENT OF DEFENSE: OFFICE OF THE PENTAGON.
SONJA CHENKO
384 SOUTH RIVER DRIVE
APT. 304
WASHINGTON, D.C. 10085
TELEPHONE: (202) 555-6681
PHYSICAL DESCRIPTION
HEIGHT: 5’ 7”
WEIGHT: 112
HAIR: BROWN
EYES: BLUE
HEALTH: EXCELLENT
NO DISTINGUISHING MARKS
BORN: May 21, 1963
MEMORIAL HOSPITAL
MOSCOW, U.S.S.R.
PARENTS: UNKNOWN …)
[Oh drat. we can’t see the part where we hear if she hates her parents or not! I note she has the same phone number as Rostov!]
Billy: We’ll do a peacock dance with her…
[Peacock Dance.. Peacock Dance.. Peacock Dance? Whatever it is- this can’t be good!] 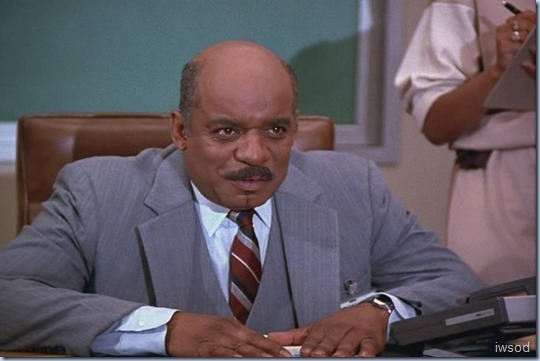 …Mrs. King has had enough training to help.
[LOL Billy looks sooo pleased (proud?) to have Amanda help. This must be one awesome assignment!]
Amanda: Thank you, Sir.

[Who errr seems uneasy about this assignment?!]

(He glances up at Amanda..

But quickly covers his unease with a big smile and moves his hand [his big giveaway!] sort of! Do you think Amanda would have noticed? We don’t see.. but I’m guessing she would!) 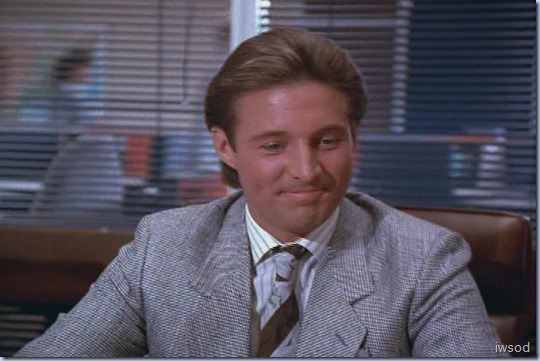 Billy: All right. That’s it…

…Now, once we get a viable target, Dart will provide the frequencies.
[So, Lee is doing a peacock dance with Sonja. What’s Francine doing with Rostov? What’s Neiman doing with Ivan the Terrible?!]
(Everyone starts packing up to leave)
Lee: Uh, Billy, could I talk to you for a minute? Amanda, give me about five minutes, okay?

Amanda: Sure.  I’ll meet you upstairs.
As people file out.. we can see Neiman hold the door open for Francine. Have we seen him before? 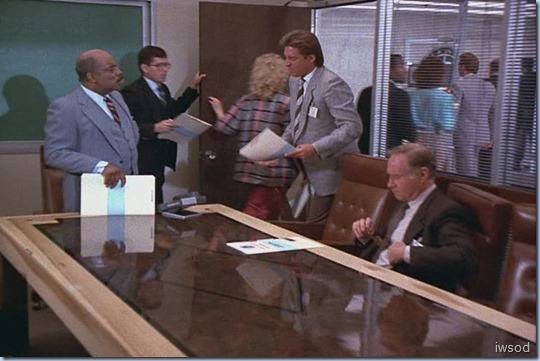 Lee: All right. You’d better give this to somebody else. 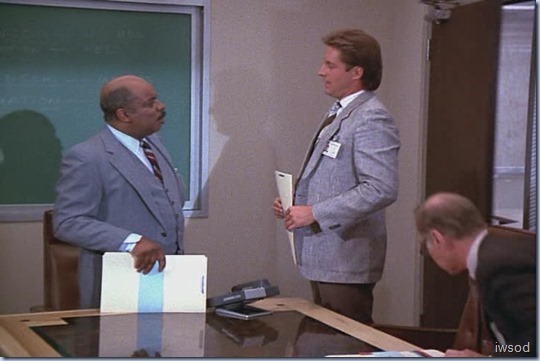 [I’m not sure if I ever saw this episode ignorant of what was being asked of Lee here – I think I’d been spoiled by fandom as I was thinking the dvds would never be released and so what the heck. I can only guess what it would have been like to watch this for the first time.
Anyone remember what they were thinking here?
Peacock dance does seem to suggest some kind of mating display of Lee’s plumes

and Lee’s discomfort also suggests this is a tad awkward and ick, especially with Amanda ‘helping’!]
Billy: What’s the problem, Scarecrow? You know the peacock dance better than anyone.

[Ewwww.. I’m not sure that’s a badge to wear with pride! But I can totally see that old Lee would have enjoyed the odd peacock dance as a work perk!] 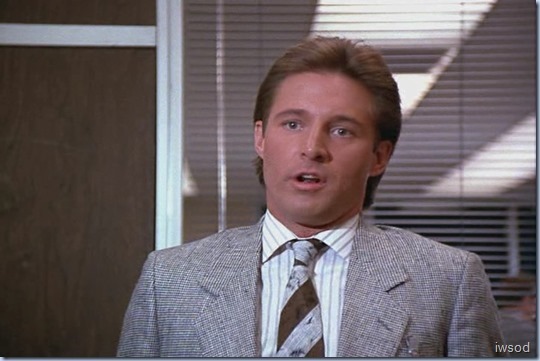 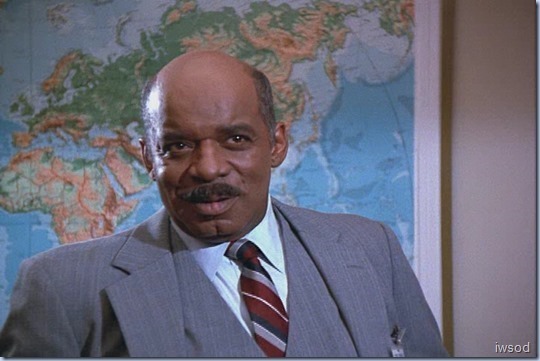 [Billy nods and quietly seems to find this reaction interesting! I bet he is filing it away and what it could mean!]
…Look—you said Sonja Chenko is new on the block? So give it to a younger guy.

Dr Quidd: No problem. Use the age differences…. 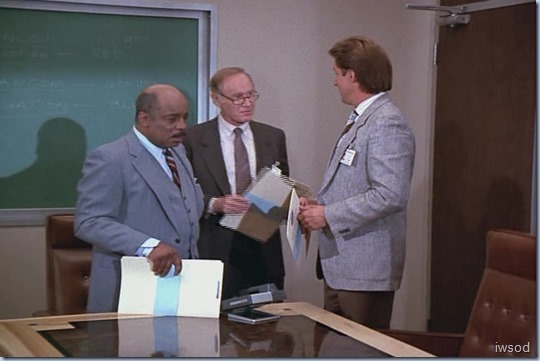 …The more mature man… getting a little antsy…
[LOL this seems to bring a smile to Billy’s face.. like yes! this can work!] 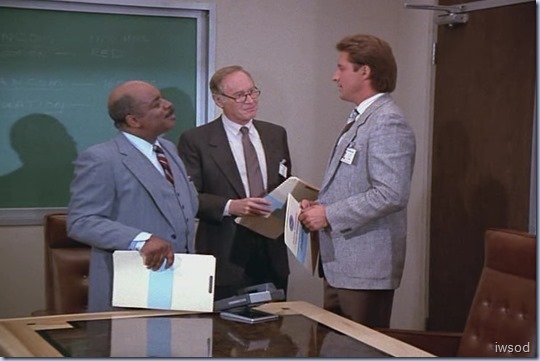 …looking for a change. The Lisbon variation.
[This peacock dance is sounding as ominous as Lee’s reaction and the title hinted at!] 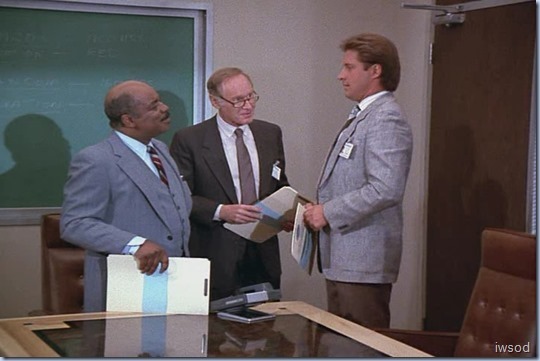 Billy seems to be enjoying this!

Uh oh. Seems Lee is stuck with the peacock dance, with a Lisbon variation. Oh noooooo the Lisbon Variation??!!!!!! Noooooooooo!!!! Even without knowing yet what this really means – it’s clear already this ain’t good!! Can’t wait to see what Amanda makes of it!! Oh and when she finds out what she is going to be ‘helping’ with!!

Oh and what do you make of Sonja having already made contact with Lee? She made first contact… quite deliberately – I noticed she didn’t finish her drink, and she left as soon as Amanda arrived – Lee was the reason she went there! It all makes me wonder if the Russians have a plan for Lee, and thus Lee should be the last person assigned to Sonja! Wouldn’t Lee be wondering this too? It would have been a way to get out of this assignment! Then again, maybe Billy knows Sonja made contact and aiming to use it to their advantage. Hmm.. Lee did say he’d file a report about it. Thoughts everyone? I’m just tossing around ideas! Do toss yours into the ring too! 🙂

Before I finish up here and curse the Lisbon variation.. did you guess where we saw Dart before? Here he is!

in Utopia Now.
His character in that ep was General Mailor.

Aaaaand one more! So did you remember where you’ve seen Rostov before? He’s been deeeeep undercover in the USA for years.. as Frankie Columbus – a butcher and godfather in the mob!!

Looking forward to hearing from you!!!!!