Hiya.. We move on to the exterior of a home..

..and we hear Lee repeating his last phrase aimed toward Amanda -wherever she is-: Don’t give it up. Please!
Inside we see Amanda.. she hears Lee’s voice in the room. [Uh oh. things are not lookin good for Amanda! this place where she is – is the Odessa Funeral home!! tee hee.. remember that? in Playing Possum?! Here it was:

I bet we’ve seen it before in other episodes too.. anyone think of another? ]
But.. back to Amanda..

{A figure of Lee standing with his hands folded together materializes across the room. 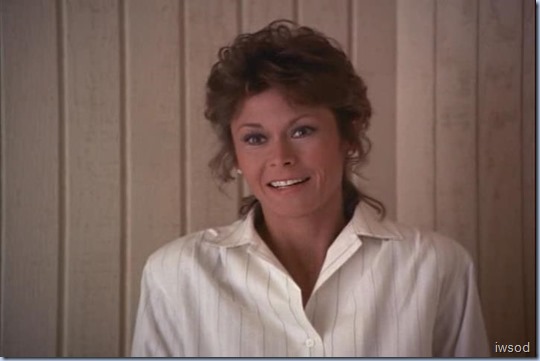 Lee’s Image: Did he hurt you?

Lee: I’ve come to take you home, Amanda. But you’re going to have to wait a little while longer. I love you so much! I can’t stand this…

… it’s killing me. Remember, I love you. 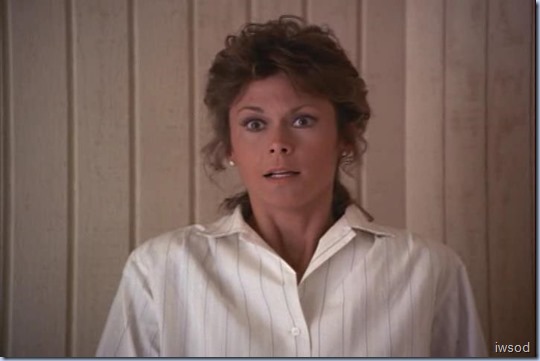 Birol: Lee isn’t here, Amanda. [ta da. Birol is present to spoil Amanda’s lovely vision.] It’s funny how the mind plays tricks on you when you’re tired, but, uh, sleep deprivation is a disturbing thing. [How long has she been kidnapped? Has it been more than one night? just how long do you need to be sleep deprived to get these kinds of mind tricks happening?]

Amanda: I’m a reporter for CSN. I’m doing my job, I don’t know what you’re doing.
Birol: I’m trying to find a few things out.

Amanda: I thought you wanted an interview?
Birol: I got one.  You. How did you find out about the airport? [nicely done. Birol begins his ‘interview’]
Amanda: A tip.
Birol: From your lover? From Stetson?
[I’ll never get tired of Lee being referred to as her lover. lol. but I really don’t want this creep to know anything about them!]
Amanda: No. From a source.
Birol: That’s what this is all about, isn’t it? But we’ll get to that. So, Stetson thought he had me, hm?
Amanda: I don’t know what you’re talking about. I’m just trying to do a story. 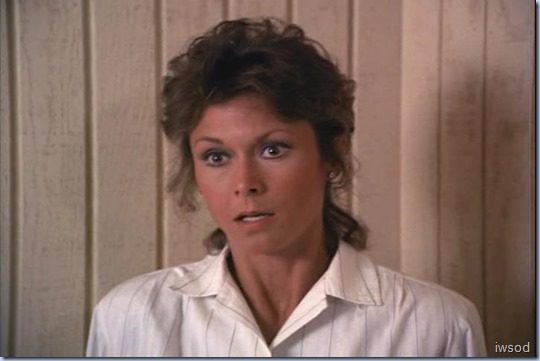 Birol: About me? About catching me and putting me up for public display, is that your cover?
(Birol approaches Amanda, and slams the chair down on the ground closer to her.)

Amanda: Why don’t you call CSN? Just call the station.
Birol: You and Stetson, uh, cut me off from anything that would make this, uh… [He tosses her purse at the wall violently and steps right in front of her. Amanda jumps slightly.] 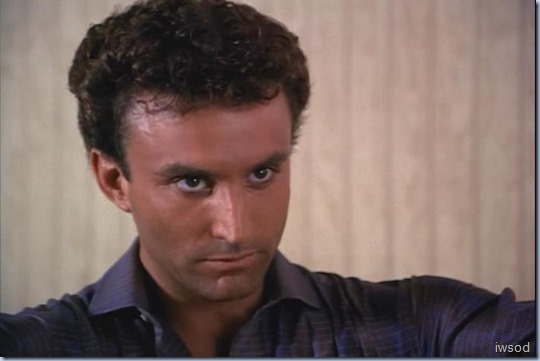 …Let’s look at some pictures. [He moves the chair right in front of Amanda and puts his foot on it as he pulls some pictures out from his shirt pocket.] …You tell me who you know, who you don’t know. If you don’t feel like cooperating…in time, I’ll insist.
{The first two photos are of Phyllis, one posed and one candid. Amanda averts her eyes momentarily on the second picture. He holds up a picture of Mara. Amanda’s face has no reaction. Lee’s picture is next. Amanda blinks and her mouth opens a bit. NOTE: As Lee’s picture is shown, a few notes of the “engagement theme” play somewhat out of tune. Birol smiles.} 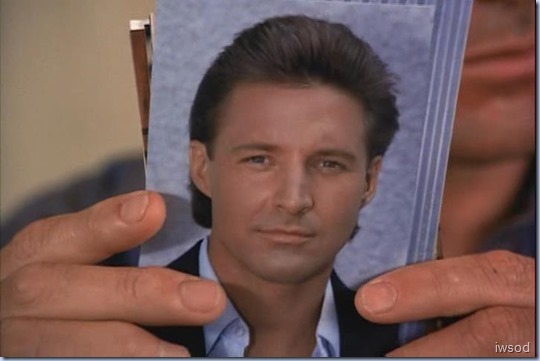 Birol has a very nice pic of Lee! lol.
The scene ends here.

So, I guess we are learning that Lee is on a quick time frame here before Birol starts ‘insisting’. Hang in there Amanda!!!

I miss smk baddies who are not truly threatening- who were kinda funny! This guy makes my skin crawl. Oh well it will be more satisfying when Scarecrow takes him down I guess!

What do you make of Amanda hearing Lee’s voice? It’s some kind of hallucination due to her sleep deprivation, but.. I think it’s implied that they are connected – because she is hearing words he has just said to her, in his mind.. Either they have a spiritual connection (like Jane Eyre and Mr Rochester), or they know each other so well – she can accurately hallucinate what he would say to her to keep her strong. Either way: I’m a happy shipper!!

{Leland Hutto, an older man in a tweed jacket and bow tie, is sitting at his desk sorting through a glass jelly jar full of brand new Dixon Ticonderoga pencils, all sharpened to a perfect point. (NOTE: The script specifically mentions that they are in a banberry jelly jar.) They are placed point-up in the jar Lee is seated next to him, hunched forward holding his hands together.} 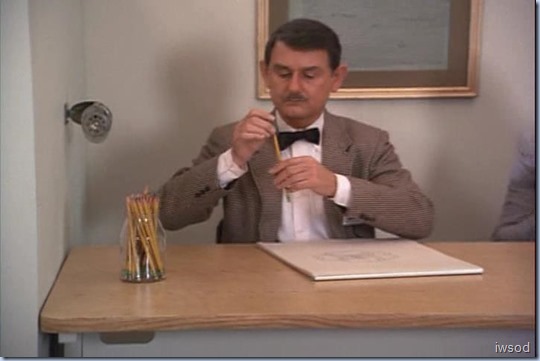 Lee: I want you to keep this thing quiet, Leland. I don’t want you to trot it out one night at your Banbury Society.

{NOTE: Here too, the script version spells this “banberry,” like the fusion of bananas and strawberries (or perhaps the archaic of barberry). However, given that he’s now speaking of a society, it might refer to a club based on Banburismus, which is a cryptanalytic process named for the town of Banbury. It might be a Leland-esque pun.}
[Yeah my guess is that they were trying for a pun. Heaven knows this episode needs a bit of lightness inserted into it!]
Leland: You know the Crypto motto: the riddle’s the thing. I can keep my trap shut.

Lee: Then how did he spot Amanda? We were both supposed to be under Contact Zero.

Leland: Perhaps the Cat’s Eye principle.
Lee: The what?
Leland: In the dark there’s light. But you can’t see it, until you see it in a cat’s eye.
Lee: It’s like an obverse prism.
Leland : Mm-hm-mm, you have a stolidly literal head on your shoulders, don’t you, son? Think inside the puzzle, like Addi Birol. He couldn’t see light until he saw the cat see.
Lee: See what?
Leland: When a woman is in love, she sees with special eyes. 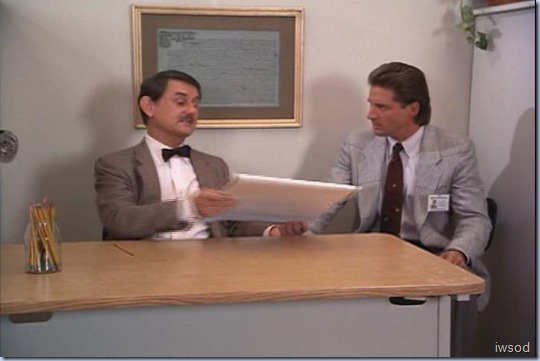 {Leland hands Lee the sketch pad he had been drawing on. Lee looks down and sees four hearts, interlinked like petals on a flower. Lee looks back at Leland with understanding crossing his face.}

Lee: Yeah, sure. Sure. She yelled out my name at the airport because that was the only way for her to save my life…

…Now…if Birol had us under surveillance…he might’ve seen. 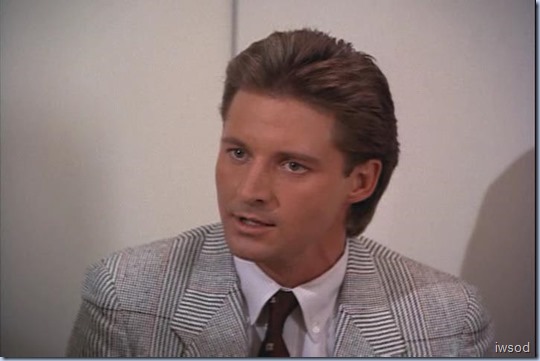 [and apparently, for Leland there is also always a pencil]
Lee: Thanks a lot, Leland. You just earned yourself a coupla dozen Ticonderogas.
{Leland smiles and his attention gets drawn up above Lee’s head.  A billow of smoke is rising up from behind it.}
[before we follow that puff of smoke, I’ve gotta say that for me this whole scene with Leland is a great big puff of smoke that stank. Yeah stank. Sorry if you love it but I find it is trying too hard to be clever, and it’s just dumb dumb -shout out to Cindy!-.  I kept thinking: Ugh just say it already – Birol saw something because there was something to see! hello!!! Definitely doesn’t deserve a coupla dozen Ticonderogas. But.. I’d say moving on to the next part of this scene and leaving Leland behind does!!]
We are going to pause here before following that puff of smoke.
Can’t wait to hear your thoughts!!!!

Don’t forget how the formatting works:
{what the transcriber has written}
[Iwsod’s commentary]
(Iwsod written descriptions)
All clear as mud?!