Back to Amanda’s.. and Amanda is busy inhaling cleaning products 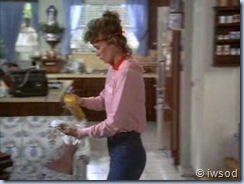 take Lee’s rejection so hard! Ohh.. she is actually cleaning the bookshelves too! 😉  hey I wonder if she still has Dean’s book ends!).. Actually she may have already started the inhaling before getting dressed that morning. because the darn headband is back again!!! This is practically the same outfit she wore in saved by the bells when she got nabbed- what is this her cleaning (and confronting bad guys ) outfit?

Ballon turns up on her doorstep.. and inserts

that he knows her mother and boys won’t

be home they have baseball practice.. yes 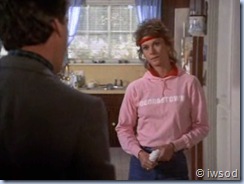 Amanda.. Bad man! bad man! and now he is complimenting your home.. and book collection? yuck! this man is very sneaky indeed.. Oh dear.. one mention of Blue Leader.. and .. oh no.. she is starting to believe again.. and of 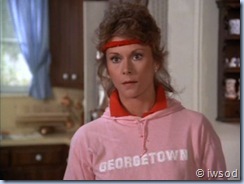 course.. she wanted to believe that what Lee was doing he was doing because he is a good man doing a good job..

Sooo Amanda falls for Ballon’s line.. the best lie is the one that has an element of the truth in it- Ballon saying Lee hasn’t left the agency but has to have all the appearance of it – well.. it is 100% true .. just not for the reasons that Ballon is convincing Amanda of. Poor Amanda.. she is soo

happy Lee is still working for the agency and he is not making a big mistake.. Ballon

knew this was what she wanted to hear.. knew she would be ready to believe it.. and now.. comes the part where he really pulls out the big charmer: (notice the music here when he asks her to sit down changes dramatically to quite sinister stuff)

Ballon: Please, Amanda, sit down. Sit down.  Blue Leader, myself, Lee, and now you are the only people who know about this. This is a matter of

Ballon: Nope, we all know what a terrific contribution you have made to the success of scarecrow.

Did Lee say that? 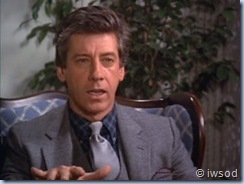 Ballon: he sees it a little differently to me 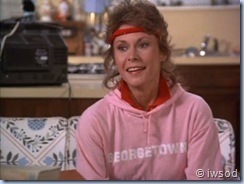 Amanda: Oh I know I know, 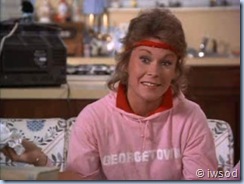 he thinks he doesn’t need me.
Ballon: this is not some 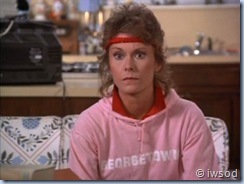 allowed to get in the way. We need you. Your country needs you.

Uh oh.. Ballon has hit on Amanda’s weakness here- the contribution she brings.. and Lee’s lack of acknowledgment of it.. poor Amanda.. she was so ripe for the picking here.. I hate to watch this!

This is a very rare moment in Scarecrow and Mrs King – it is very rare that Amanda is fooled by someone ( hmm I can only think of the Artful dodger.. any other times anyone? ) not many..  Amanda is usually so great a judge of character.. but this guy knows far too much about her, and Lee has left Amanda vulnerable to this approach with his weird ‘let’s pretend Lee is dirty and has left the agency without telling Amanda’. Ballon has her.. Hook Line and Sinker.. 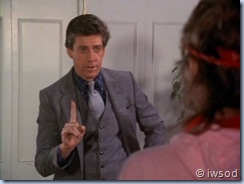 Ballon: But remember. One thing: Not a word to anybody.

Amanda: Not a word to anybody.
Ballon: Good-bye, Mrs King.
It’s painful to watch! Ballon leaves and Amanda says to herself “I’m on the team!” 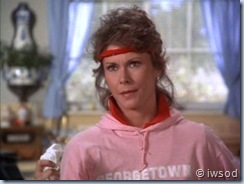 Next thing we see Billy get into a car and drive closely followed by a fancy black stretch limo.. could it be.. * gulp* Blue Leader?? Yep!

Lancer! this is Blue Leader!  (So, what do you think of Billy’s codename??)

Billy seems well-versed with the speaking into the steering wheel routine.. He tells Blue Leader they have booked out every room in Lee’s apartment – oh well that is good.. Yes all you need is for Lee to go ahead and sub-let his apartment.. that could really get awkward!

Man this footage while they do their little

conversation is a big yawn isn’t it! I can see why they didn’t stick with the Blue Leader concept.. a phone call is much more convenient!

Blue Leader explains, Ballon needs to be nabbed with the classified hardware.. or he won’t be guilty of anything.. got it.. Lee has got to go the whole way, steal Savior and hand it on to Ballon..

Haaa!!! Blue Leader ends his radio talk to Billy. Normal radio kicks back in saying “just call up crazy Larry and I’d be glad to ignore  you” ???!! I think it’s funny that Blue Leader always ends with an advert from crazy Larry – Is crazy Larry his sponsor???!!!!

I’ll leave it there for now! Thanks for reading!! If you have any thoughts I’d love to hear them – Back with more when I can