Back to IFF, and wow.. Ms Walker is still wandering the streets! twice in one episode?! Billy asks Francine for an update on the info she is getting from Rollo.. it’s a boat, maybe a ship, maybe a yacht.. it was called moonbeam.. in other words.. not much! Francine isn’t really trying very hard to get info from

Rollo..Given the hours are ticking on tripod I’m surprised Francine is so seemingly relaxed here.. and Billy is concerned now about Lee and Amanda – Francine says Scarecrow isn’t answering his remote – he has a remote? I guess that is like a beeper or something?
Billy: argh we’re chasing a boat that changes it’s name and location as often as I change my socks!

Francine: Hey! maybe we’ve got something there! how often is that?
Billy stonefaced: not funny. [Agreed! Even for Francine that seems cold!]
Wow.. Billy and Francine have a little heated moment when she makes a bad joke at a really bad time..
Francine: Just a little levity!
Billy: we’ve got three lives at stake here ( actually it’s many more than that! ) Francine and the clock is ticking.

something more from Rollo,
many lives depend on it. Including Lee and Amanda’s. [Oh good.. Billy remembers them!

We see the boat is now called Nightwing.. although I could have

sworn it was called that at the start of the episode!

whatever..  We find out Sinclair runs this err ‘enterprise’ and he has decided he wants some ewww time with Amanda for himself,  before he sells her..

Can he be any more awful??
Pearce objects (he doesn’t want to risk a 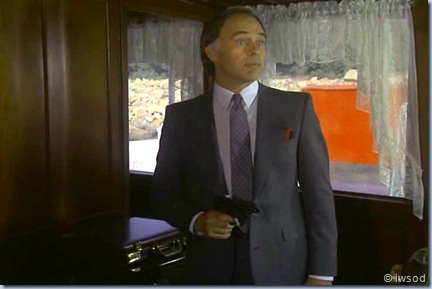 reduction in her asking price.. eww!!)  and Sinclair shoots him with a poison dart. 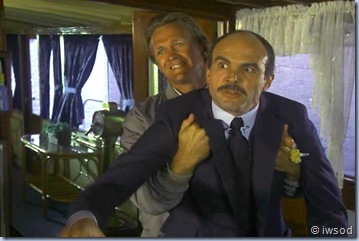 Wha?? that’s it??!!!  I am very disappointed the poison was ‘fast acting’??- I was hoping for sloooow and paaaainful for Pearce’s demise!!

Amanda is shown in as Pearce is dragged out. Poor Amanda! Yep, they’re really going to sell you ..[I find it hard to believe too! I

mean.. this is SMK!! Not SVU!!]  eww ewww..
Sinclair: I prefer to look at myself as someone who err provides a delicate service for certain lonely, but very wealthy ( and very SICK in the head!!!) men.

Amanda is coping pretty well, considering- She keeps her composure, keeps smiling, not provoking Sinclair -what a PRO she is!! Sinclair says to  blindfold Amanda and take her down to her friend. He doesn’t want her knowing her way around the ship.. All that training in helping Blind people is going to come in handy! how ironic!

Ohhhhhh Noooooo!!!! could this episode get anymore gross??!!!! Quick! I need a paper bag!! but do I vomit in it?? or use it to stop hyperventilating??

Yes.. here comes the infamous scene of Francine ‘seducing’ Rollo to get information.. 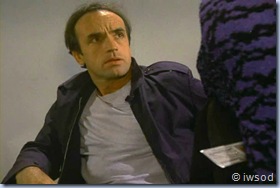 possibly even less believable than selling Amanda..Just wrong.. soo very wrong.. [I see they got Rollo a new t-shirt without the Lee scrunchy style

Francine herself said to Lee earlier that it was better for her to interrogate him, as he won’t know what’s coming.. well he has been interrogated by her now.. and she goes in a second time

using a different tactic? I mean she was all aggressive and angry last time – how dumb does she think Rollo is?? or how utterly fabulous and irresistible does Francine think she is? Rofl!  There is something wonderfully (and perversely ) satisfying about Francine having to try really hard to get this scuzzball to actual

take an interest in her! But really.. who was going to buy the talk now play later line?? He’s already seen how you guys play – you cheat!

I think Billy should have questioned him. Please! anything but this! I can only watch this scene once.. don’t ask me for dialogue – please!!!

Sooo how can I make sense of this? hmm.. Francine’s perm chemicals fried her brain… and well she was absolutely desperate to try anything to save all the lives on the line! ( how sweet that one of those lives is Amanda.. she kisses Rollo to save Amanda!!! teee heeee – but don’t forget – eventually Francine takes a bullet to save Amanda Rofl!!! how sweet is that!!! haaaa!!! ) 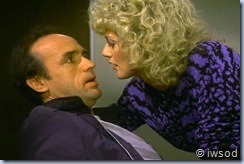 Ok..  seriously guys.. this scene contributes nothing to the overall plot- does it? [I don’t think she gets any info from him!!] why is it here?? It’s in the script too.. Hmm.. could it be another nod to the idea that Brunettes Are In? That Francine the blonde can’t get the info using her feminine wiles? We just left Sinclair wanting to exploit Amanda to get what he wants.. so what do you think of how this fits?? Francine seems 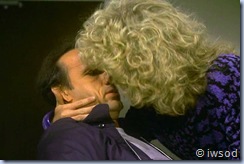 to exploit herself as a woman to get what she wants..?? Or.. is she trying to exploit Rollo the man?? One kiss and he is utterly helpless? ugh!!! Is it turning the tables on men?.. the whole male/ female battle seems to be front and centre in this episode.. Rollo likes the kiss, once he realises she isn’t going to snap his neck! lol!

There is a part of me that respects Francine’s dedication here… but it quickly disappears when nothing comes of her efforts- and it is just plain icky2watch.. Soooo does Francine get anything useful from him? What do you think of her tactics? Do you agree with them? Is it ok if you get the info you need?

I can’t believe Amanda would ever go to these lengths.. I can’t shake the thought that she would use her mind to come up with another way.. I don’t know what I base that on- wishful thinking? or just overall character traits of Amanda? What do you make of all this? help??!!

In all this male/female battling Lee and Amanda’s relationship is the beacon which gives us hope I think!

such genuine care and loyalty for each other.. 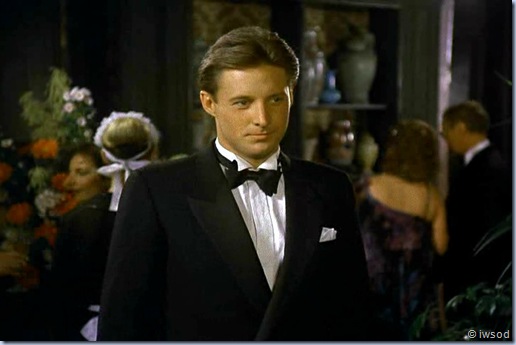 and look at this!!

Feel Better? I do!!! Francine? Rollo? Never heard of ‘em!

Anyway.. err yeah.. Brunettes Are in.. errr .. next thing we see is Amanda being led down to the bottom of the boat, into a room where Lee is tied to a pipe and Gail is out to it..

Aaaaand I will leave it there for now guys! Back with more soon!! comments are very very welcome!!!