Back to Lisson Lanes bowling alley, and the agents in the backroom  are still struggling to find the baddies’ hideout..

The local Balalaika restaurant offered no leads..[BTW, I was just reading a book last night and it mentioned someone learning how to play: the Balalaika! I had no idea what it was!!

]
Hey- they are all wearing the same clothes- soooo they stayed the whole night there to check one restaurant? err.. did they sleep? and if they stayed there all night, why don’t the men without beards look like they need a shave?? (do they have shaving facilities for agents?? rofl!!! they really do believe in looking good and catching the bad guys 😉 ) We were robbed of scruffy unshaven Lee!! Robbed!!! [Is it matter of choice where we see Lee unshaven? anyone remember? ]
Yuri  has a good idea: we only checked the DC book. What about the suburbs?
You would think one of the locals would have thought of that one! LOL! No instead it’s the agent from Russia! Agent Lunsford searches the Washington suburb phonebooks..

Suddenly there is a knock at the door.. it’s Amanda! Back like she promised!
Amanda to the room: good morning.
Everyone: good morning.  [I love that everyone responds to her, in spite of the fact that it is not a good morning!]
Amanda: I put mother and the boys on the train to Vermont.
Lee: Amanda we’ve come up empty here….

…You should have gone with them. 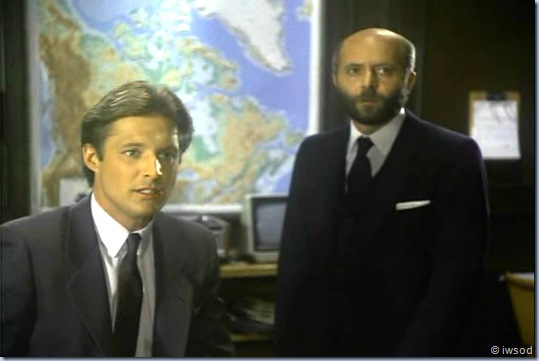 Amanda: no, I said I would come back so I came back. I know I’m your only source of information. 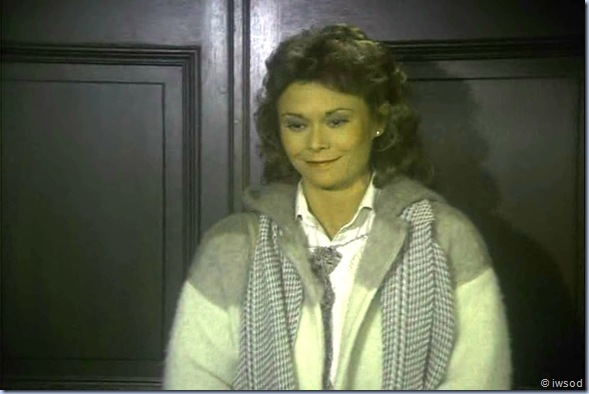 In response? Lee just looks at her silently and smiles

it’s like a milder version of what is to come in Burn Out! Wow!!!

I am feeling dizzy here.. hang on a moment..

phew.. that’s better! I’d stay in Washington DC and risk being vaporised by a nuclear bomb so Lee would look at me like that too!!!

Yuri: she’s quite right. This is not time for sentiment, Lee. 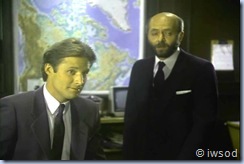 Amanda: thanks just the same anyway!
That look from Lee is worth more than a dozen  ‘sweethearts’- as it is genuine!!!

I love that this is not them playing a cover, but Yuri still thought Lee was being sentimental over Amanda being there- he was!! And he wasn’t trying to hide it.. I guess an imminent nuclear bomb makes you throw caution to the wind just a little.. Is it just me or is playing the cover for Yuri’s sake pretty much forgotten now Francine and the others have showed up? No more deliberate ‘honeys or sweethearts’ boo hoooo! Oh well.. there is a certain thrill to knowing Lee and Amanda are acting normally, and yet Yuri is not questioning their closeness

squeeeee! Errr.. back to finding the restaurant!
Lunsford: got a balalaika restaurant in Catonsville.
Great! Amanda turns to leave.. and Lee assumes Amanda should not come with them! double boo hoo! (Although I put it down to Lee’s concern for her safety so it doesn’t bother me!

I guess this also confirms to Yuri Amanda is a civilian.. not an agent.. )
Amanda: Right.
Lee: Amanda!

[Hey! she bravely turned up this morning! the least you can do is take her with you!! 😉 Sweet that he tries.. but great that she goes with them

She does actually have information that will ultimately save the day – knowledge about dishwasher wiring! LOL!!!

Back to the funeral home to be reminded that Billy has been captured and that Kreschenko is one crazy and determined Baddie! Muahaha!! LOL! 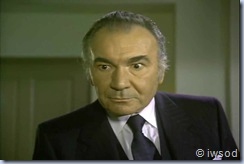 Billy tries to reason with him, but well.. he is too crazy

And I bet he is crazily regretting removing Billy’s gag!

Krazyenko err I mean Kreschenko is prepared to die for his country.. rah rah.. ROFL!! Love the evil crazy close up on Kreschenko here!!

the crazy bomb timer is started.. the crazy display shows a countdown at 1:59:46 – uh oh! Less than 2 hours till crazy detonation ;)! Don’t worry Billy! Lee and Amanda are on the job and they’re not crazy!! Hey, does anyone else get the sense that Kreschenko is crazy? 😉
Big close up on Billy to end this scene – duh duh duhh! 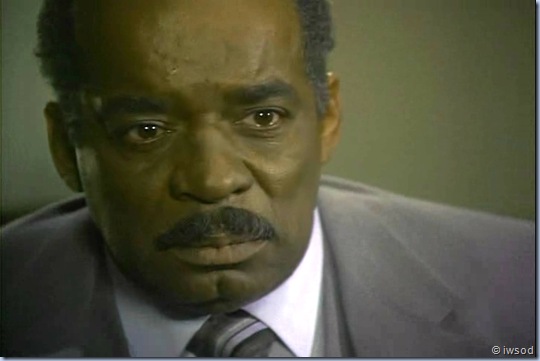 Lee, Francine, Yuri and Amanda arrive at the Balalaika.. This place looks familiar! Anyone recognise it? I’ll have to keep an eye out for it in upcoming episodes.. I don’t have time to hunt for it! but if you recognise it do tell! 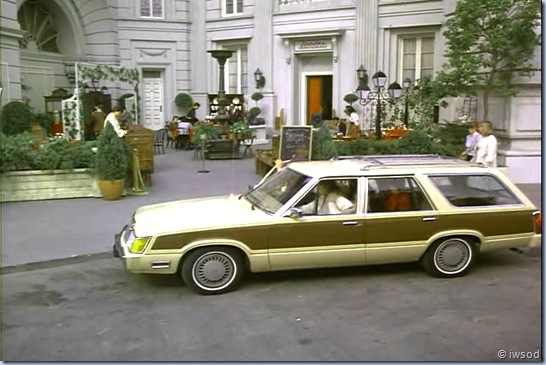 [Hey! Francine let Amanda drive her! I am surprised after what happened in A Class Act

more evidence that it was all just a bad dream?

staff member of the restaurant: Uh, excuse me. We’re looking for a woman by the name of Svetlana.
Yuri: we think she works here as a waitress.

Guy: yeah? Well you think wrong. Now if you’d asked me about a Debby or a Doris, I could help you. But Svetlana? Don’t know.
A passing waitress overhears and interjects: Ah he doesn’t, but I do. I’m Svetlana. 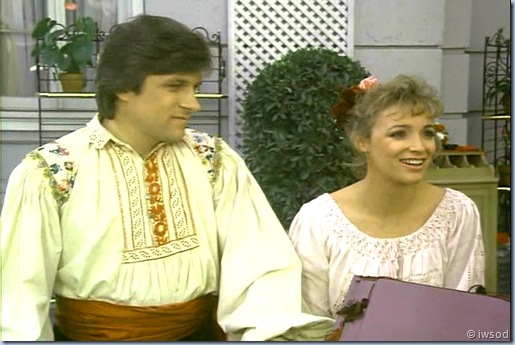 Guy: she’s crazy, her name is Debby.
Woman offscreen: Butch, we need you!  [There’s a guy called ‘Butch’?? is his last name Cassidy? we could be onto a clue here!

Actually, given his work uniform, and how pretty it is, I can see why he might over-compensate

]
Butch leaves and Svetlana continues: don’t mind Butch. Heh, you should see him when he’s in a bad mood.
Lee: yeah
Yuri: you said you were Svetlana? 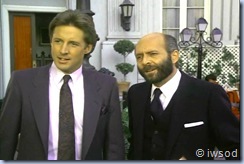 Svetlana: well, actually, my real name is Debby but there are these two guys you know, and –
Francine interrupts: their names?

Svetlana: Um I call them Barky and Anatoly, I don’t remember their real names. 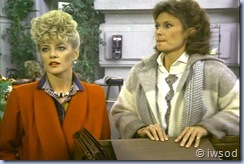 Anyway it was just a joke. Barky said he liked the name Svetlana so I said he can call me that.
Yuri: do you know where we could find them?

Lee: yeah, it’s very important.
Svetlana: ahh well, Barky did mention a place to me. They said they really hated it there. What did he call it? 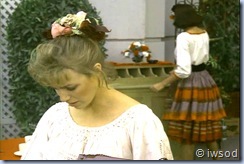 ( we see Amanda waving her hands around encouraging Svetlana to give information) It’ll come to me. It’s just not coming right now. 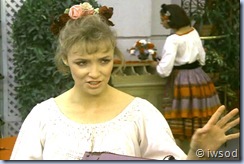 Lee: don’t worry about it, take your time. [Go Lee! He’s doing well at being patient here! Wow.. Lee is growing! Remember how he pressured Marianna in The Legend of Das Geisterschloss and freaked her out?!]  Uh did you by any chance uh go out with this Barky?
Svetlana: well, he asked me to, but, um, I didn’t really want to. (Amanda smiles at her encouraging her)

Lee: if you don’t mind me asking, uh why?
Svetlana: this is gonna sound kind of silly but he reminded me of my biology teacher from high school. He smelled funny….

You know, like that chemical that they float the specimens in. 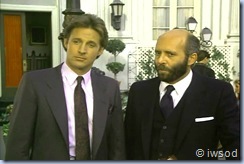 Amanda: formaldehyde.
Everyone looks at Amanda surprised at her knowledge! I love that Amanda was the one to know this – though, IMHO most people know what it is don’t they??

It’s interesting to note the reactions to Svetlana from Francine and Amanda during this questioning – it hightlights Francine’s weakness, and Amanda’s strength!!
When Svetlana is a little shy or self conscious to give an answer – Francine just stares coldly at her, she’s unrelenting! Whereas Amanda smiles reassuringly…encouraging her to speak up.
Also, when Svetlana says the guy reminded her of her biology teacher: Amanda can be seen physically recoiling in empathy, while Francine just glares at Lee.. A great little window into the differences between these two characters.
Svetlana: Odessa! That’s what Barky called it. Odessa apartments or something.
Francine: On it! (and she leaves to track down this information.)
Lee: well thank you! You’ve been very helpful. 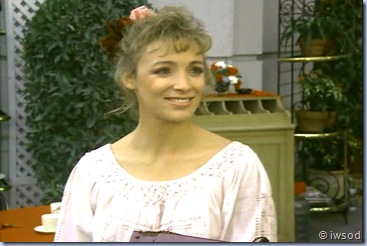 Svetlana: sure, anytime! Say hi to Barky if you see him.
Lee: yeah, believe me I will. (they walk away from Svetlana)
Francine returns: Okay, here it is. I have Odessa drycleaners, Odessa Stationers and Odessa Funeral Home. 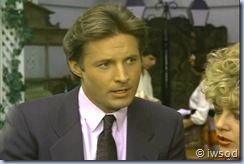 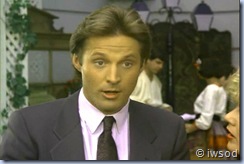 It’s gotta be the funeral home.
Amanda: yeah.
Lee to Francine: look, get a hold of the white house. Tell them it’s a condition four.

Francine: got it (and she leaves – I love how Lee gives the orders.. lol.. I guess he is in charge now?

) Amanda and Yuri head for the car, with Lee following..
Lee: uh wait hold it, Amanda!

Amanda: Hmm? [I love how Amanda responds Hmm?? she did that just before also – I think she knows very well that Lee is going to try to get her to not go with them!

]
Lee: Amanda?
Amanda: yes?
Amanda reaches the driver’s side of her car and turns to listen to Lee.
Lee: Where do you think you’re going? [what kind of a way to talk is that? I’m glad Amanda doesn’t give in here! 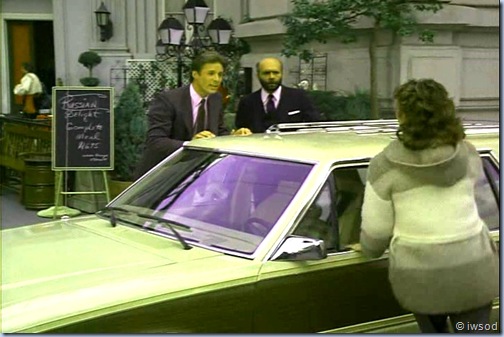 Amanda: I’m going with you. This is my car. [Good call! I love how Lee gives Francine an order and she’s on it.. Amanda? she argues! 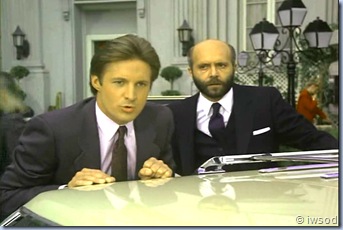 Lee: Amanda this is too dangerous. Call a cab. Get far away-  [I guess Lee’s gruffness is him trying to 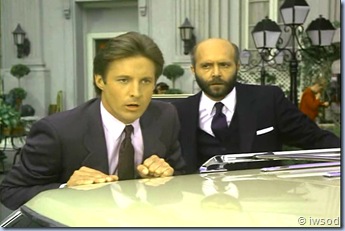 push her away huh.. so in his mind, she is further from danger.. Awh!!  but this is a false logic – as Amanda points out so perfectly – and hilariously!]
Amanda interjects: Look… 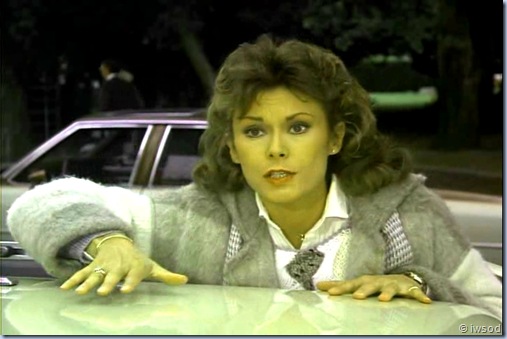 …you said that bomb could go off at any moment right? 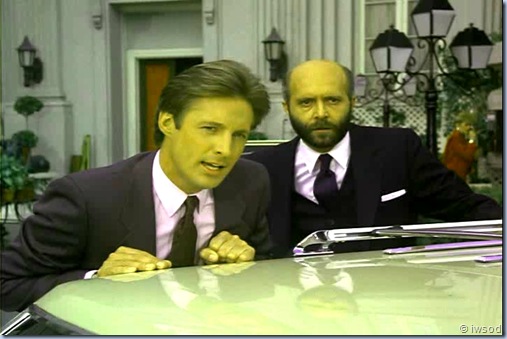 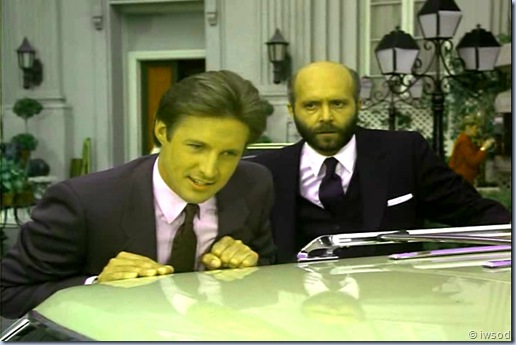 … I could never make it to Vermont to be with mother and the boys…. 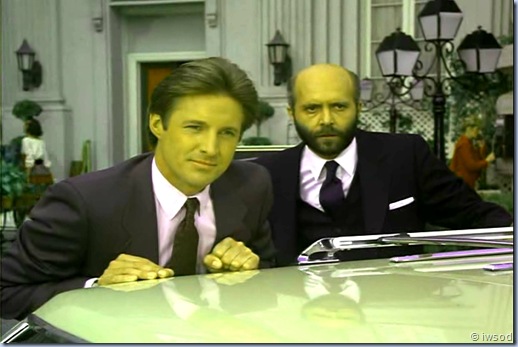 … And if it does go off, I don’t wanna be sitting in a cab 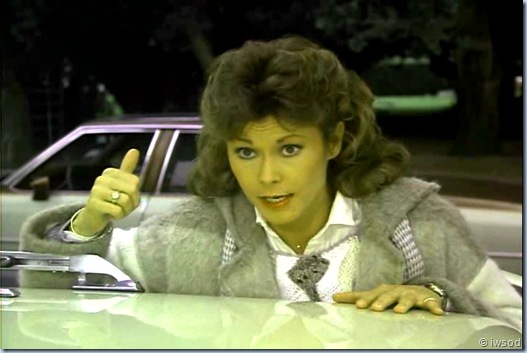 alone with the meter ticking.

Amanda doesn’t wait for an answer, she just gets into her car. Lee is stunned for a moment! LOL!!

Lee sighs, shakes his head, gives Yuri a look ( who has been watching this whole exchange very intently

) and Lee gets in- can’t argue with that Lee!

Their fighting now is just plain cute.. it doesn’t infuriate me as much now Lee is more open about caring for Amanda!

Is that the best line of Amanda’s this episode or what?? And to think the script is very different.. I think it’s the ‘meter ticking’ part that makes it hilarious! without it.. not funny! The script takes the sentimental route – I prefer the way it’s played here! good decision!

Another good decision? Off Lee, Yuri and Amanda go to the Odessa Funeral home.. leaving Francine behind

Okay, I’ll leave it there for now!! Thanks for reading!! Love to hear your thoughts!! byeeeeeee…