Welcome back to the second Vehicle Patrol report! Woo-hoo! On with the show…

Magical moving license plates—different episodes, aka who stole my plate?!?

Which vehicles shared the same plate in different episodes? No surprise, there’s a few…

so I’ll only mention those that appear in three or more episodes (including episodes 1-8 covered in the previous report).

Virginia MR8-589 – Sudden Death, Lost And Found, and The Mole

The brown Ford LTD Crown Victoria sedan that the baddies use to stalk/transport Bela in SD shares the same license plate—Virginia MR8-589—with Liberty Larry’s blue 1960 Cadillac Series 62 convertible in LAF and the random blue coupe that Amanda overtakes in TM before leading the sheriffs to Lee. 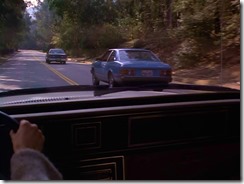 it was in a previous episode—on the ice-cream truck in SBTB (episode 8)—and in these episodes on a GMC truck parked in the District of Columbia Stadium (SD) and twice at Liberty Larry’s lot in LAF (per previous installation of Vehicle Report; Magical moving license plates—same episode). 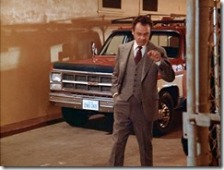 Virginia TL7-609 – Always Look A Gift Horse In The Mouth, Sudden Death, Lost And Found, and The Mole

SMK hit the quadrella with Virginia plate TL7-609 appearing in four episodes. It appeared in a previous episode on baddie Bo Johnson’s Jeep in ALAGHITM (episode 6), on a random white car parked on the street (while Amanda was tailing the baddies) in SD, on another of Liberty Larry’s old convertibles (LAF) and on the red Chevrolet Corvette C4 that the sheriffs stopped to help (TM). 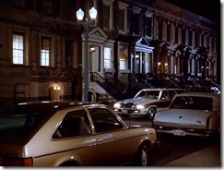 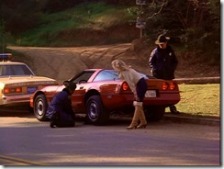 Back to a quinella with Washington DC plate 8B3-259; it’s on one of the embassy Cadillac limousines in ALAGHITM (episode 6), the baddies’ brown Ford LTD II coupe that Lee rode on the bonnet of, and on the random brown Chevrolet Chevette hatchback that Amanda overtook in TM.

It appears that the Agency managed to wrestle Washington DC plate 7E4-965 away from the baddies… It was seen in TFT on the baddies’ black sedan that chases Lee and Amanda around the parking garage and on the baddies’ red Ford LTD sedan in TACMK, but then appeared on one of the Agency Cadillac limousines used in the switcheroo when Francine—posing as Magda—“escaped” from the arboretum. 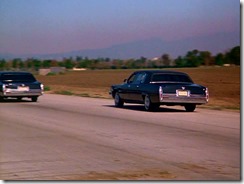 Remember Washington DC plate 8Z3-526 that appeared twice in The First Time—on a black Oldsmobile (?) in the parking garage and on an orange VW convertible at Moby’s Dock? It appears again, on another of the Agency Cadillac limousines involved in the Francine/Magda shell game, and on baddie Agent (Mole) Benson’s Agency issue Dodge sedan… 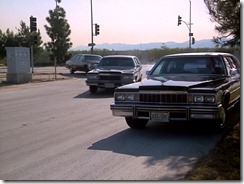 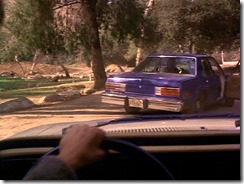 This plate—8Z3-526—also appears in another of these episodes, but I’m keeping that instance under wraps for now.

I have to include this one, just because… In LAF, Amanda and Angelo hide in a car that is, quite literally, being wrecked (crushed).

Lee manages to save the day, stopping the crusher before Amanda and Angelo are squished… but shouldn’t Angelo the ESP expert have had a clue that the car would be picked up for crushing so that they could have avoided it in the first place…???… Just sayin’…

I Am Not Now, Nor Have I Ever Been… A Spy

In IANNNHIEBAS, while trying to escape from the baddies, Amanda crashes the baddies’ sedan and manages to knock herself out

(and give herself amnesia)—but only after assuming the brace position for the crash, LOL: 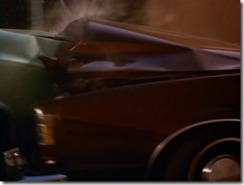 In DR, Amanda is attempting to drive Magda to the airport but Magda is spotted by the baddies, who give chase to the station wagon. Amanda decides to try evasive manoeuvres, going off-roading through a park (which I still think is out of character for Amanda—she’d be concerned about pedestrian welfare—but I digress…) and taking out a couple of rubbish bins before landing the station wagon in a “swamp” (Amanda: “How did you find us?” Lee: “Well, I saw somebody try to drive a station wagon through a swamp.” 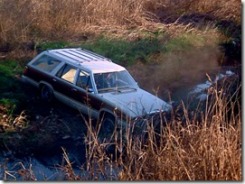 Amanda helps to save Lee from baddie Agent Benson by taking out Benson’s car door with her station wagon, sustaining damage to said wagon. Amanda (to Lee): “And the Agency will pay for the damage, right? Because, I mean, it’s entirely, practically, the whole side of my station wagon is really messed up.” Funny thing is, the wagon appeared undamaged after the run-in…

Remembrance Of Things Past

While Lee’s Porsche was in the shop, he must have borrowed a car from the Agency vehicle pool… (it actually looks suspiciously like Billy’s car—

), and another—white—van was used for delivering Eva to, and keeping watch over, the safehouse.

Then, heroic Lee saved Magda, Francine, and finally Amanda, by swooping in on the skids of the Agency helicopter—a Hughes 500-D (mind your swoons, ladies—gratuitous Lee shot follows)… 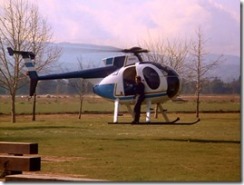 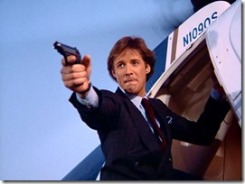 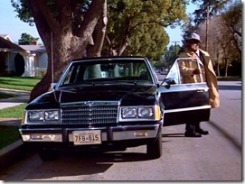 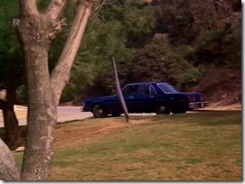 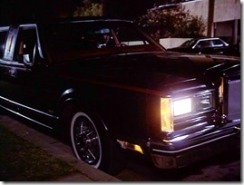 Well, that’s it for the second installment of Vehicle Patrol Report 2 – Season 1 Episodes 9-15; coming up in the third (final) installment: some amusing vehicle moments/trivia and the blooper reel.

This is Vehicle Patrol signing off until next time…

This entry was posted in General SMK, Guest Contributor, Season One and tagged Scarecrow and Mrs King, SMK. Bookmark the permalink.