14/15 Season Three, Episode 8: Reach for the Sky-Scarecrow and Mrs King

Billy:  You see anything else?
Oh Billy.. you have no idea just how much of DC Lee has seen!!! Enough already! 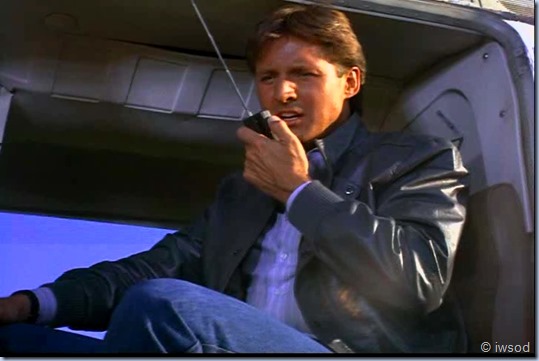 Lee:  No, not yet.  I’m going to swing down DuPont Circle down to Pennsylvania Avenue and up towards you on 16th, okay? 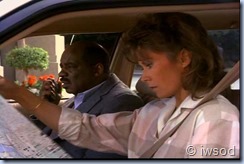 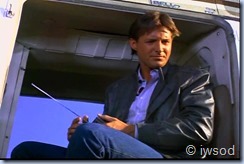 Back to an aerial shot of the helicopter this time passing the white house from the other side..

Lee:  Okay, let’s head up north to DuPont, along Connecticut.

We cut back to Daisy and Canaan on the rooftop, Daisy now has out a laptop and is typing away.. 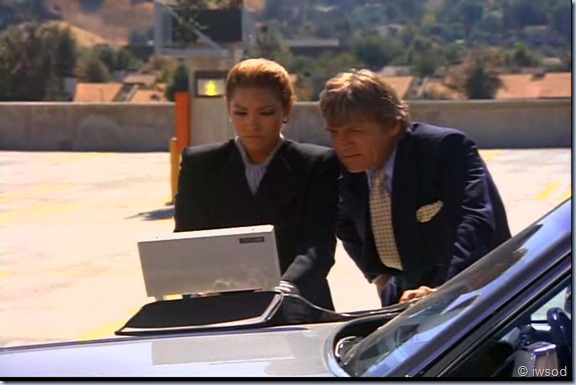 Wait a minute.. Daisy can karate kick Lee’s butt, give Zorbel a bare handed Daisy dispatch, has computer skills and types 100 words a minute? This woman is a super baddie!! Trust a woman to have so many top skills

I like the equal opportunity baddies haaaaaa.. then again, woman baddies seem to be exceptional in order to qualify as baddies.. Male baddies can be totally mediocre and make the grade.. 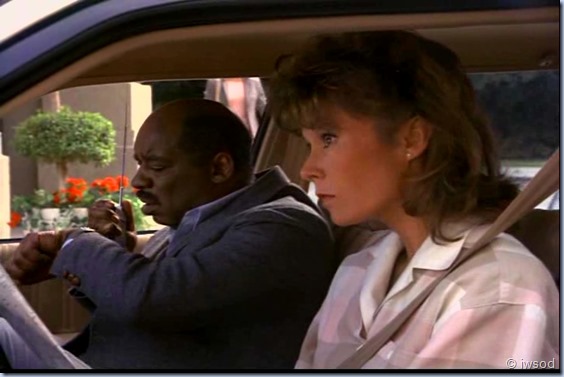 Lee on the helicopter with no wind responds: I know. [It feels like it has been longer.. believe me!]

[Phew, Lee, Billy and Daisy are in sync!
Interesting that once again everyone is checking the time.. just what does it all mean??!!]
…The transmissions from Zurich are coming through. (2 minutes early?)
Been a while since we heard Daisy talk!
Canaan:  That’s early.  So unlike the Swiss. [lol I’m worried.. I was thinking the same thing as Canaan!!]

We see a close up of the computer screen.. lol.. Good Day!!! Is it really naughty that I don’t feel a pang about someone stealing from a bank?!!! ugh. 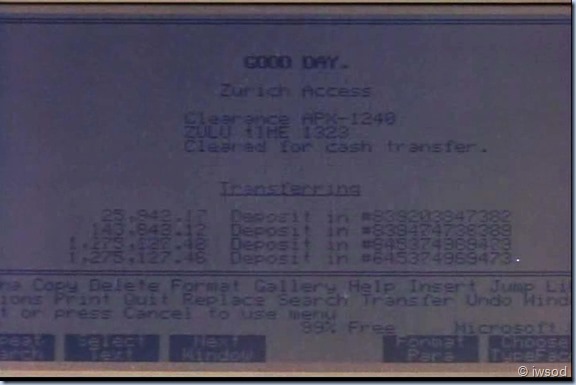 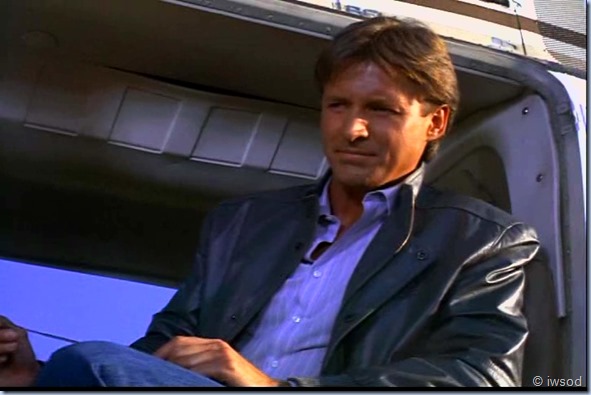 Yes another!!! well.. at least I have made it easier for anyone who might like to give us a commentary for Lee’s aerial tour of Washington Dc. I think this would be a fab fan vid- Lee welcomes us to the daily tour – it finishes at 930am! 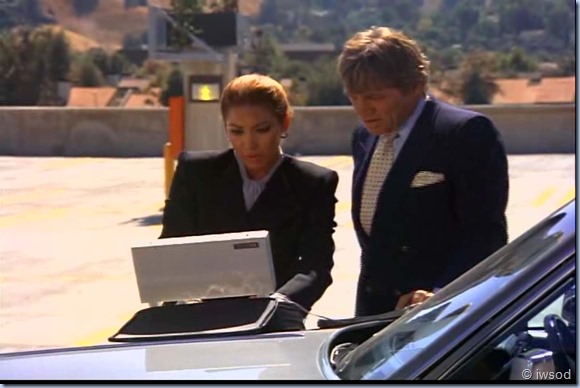 Eeeeven moooore of Lee’s voice in a helicopter.. Lee:  We don’t have much time left… 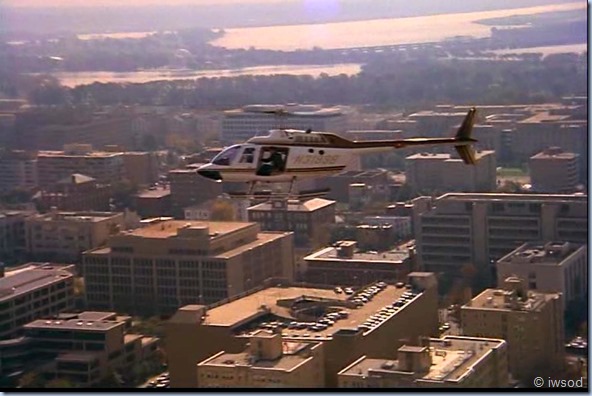 [yeah because we’ve been given a scenic tour of Washington DC! Oh wait.. here’s another reference to time!! ]
…  Oh, what’s this?… 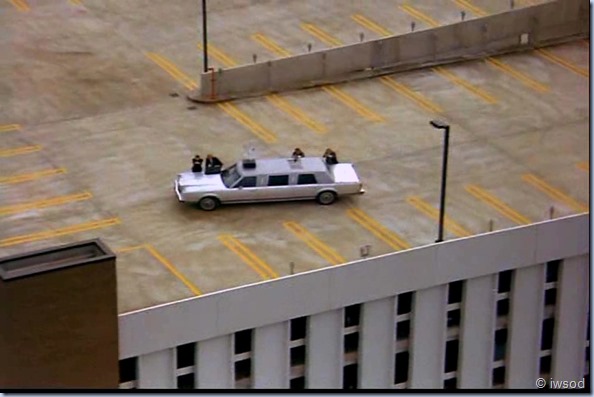 (we see what Lee can see- lol what else could it be?! whahaaha..nothing suspicious here! 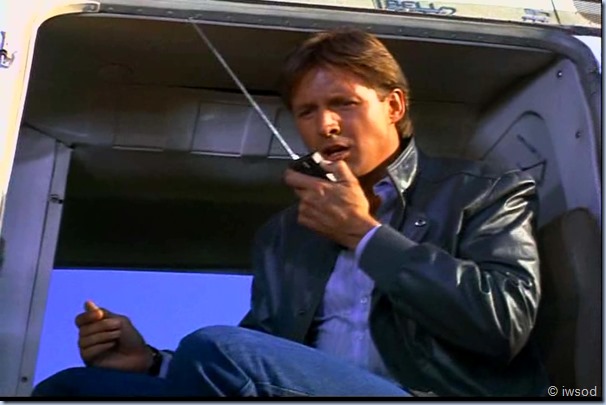 …Near Potomac Park, the middle of the block between 19th and 20th…

…Looks like they’re on the roof of a new parking garage.
Billy:  We’re on our way, Scarecrow. 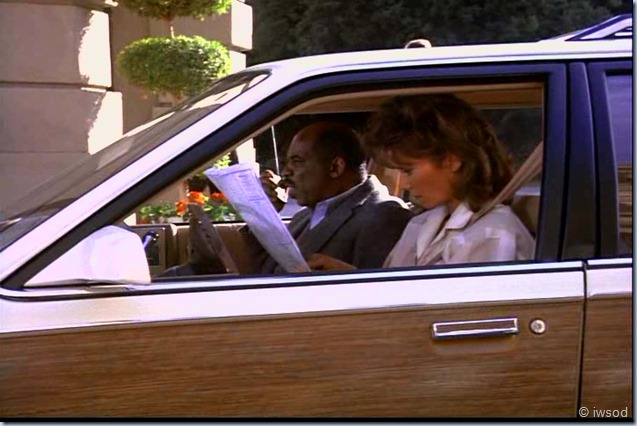 Amanda hands Billy the map
Amanda:  Right. Here, sir.  Right there.
Whooo go Amanda.. her wheels squeal and she’s off! this finale is really not smk’s best.. this was always going to be a tough sell I think..

Lee:  Hey!
(Lee calls to the helicopter pilot, gives him a tap on the shoulder and signals for him to go down)

Caanan:  Keep them away!  Start shooting!
[Does the helicopter get hit by a bullet or microwaves?! it does seem to get between the two dishes! Or Lol.. did it get hit by an energetic cash transfer?!

]
The baddies shoot at Lee and Lee shoots at the baddies..

The helicopter starts billowing smoke.. Hey being shot at seems to have altered the paint job and number on this helicopter too! whahahaha

We see Amanda zoom into the car park and stop. 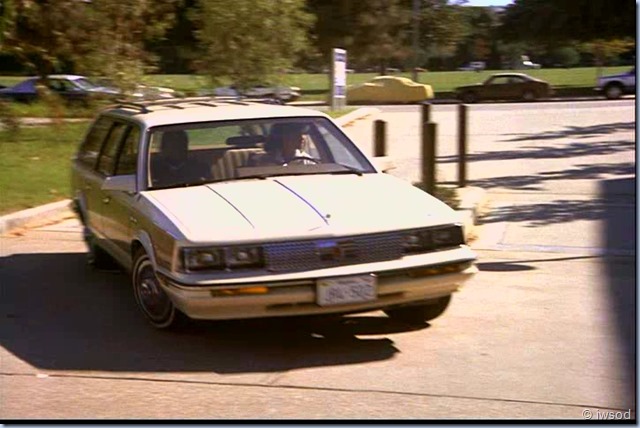 It disappears behind the building. (did it crash? well I guess you’d hear that no?)
Amanda:  Where did he go?
[Poor Amanda..I think she’s afraid for Lee’s safety]

Billy:  Get in the car, Amanda.  I think we’re going to have company in a second. 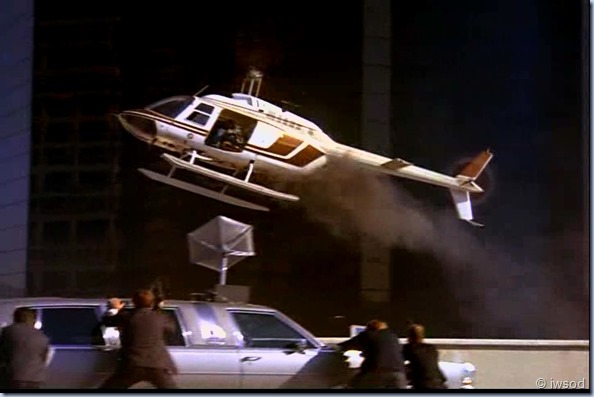 We see the Helicopter spewing smoke over the baddies.. let me guess.. it’s tetra monoxide?!

I don’t know why but this moment of Lee in all this smoke looks funny! Maybe because in a moving helicopter that shouldn’t be possible?! 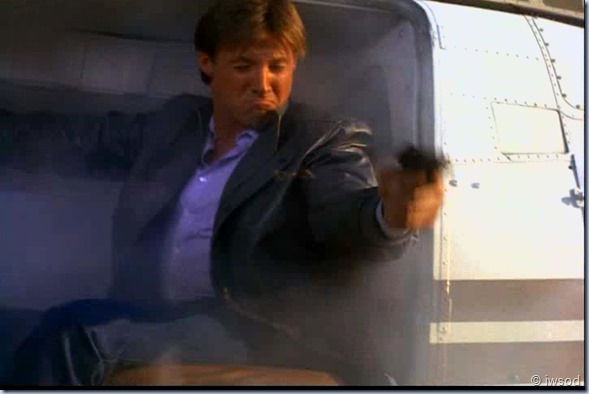 Lee is such a good shot- he can shoot out the umbrella on the baddie’s limo- from a moving helicopter.. Nope.. this is luck!

Now the umbrella is damaged it’s time for the baddies to make a run for it. LOL that looks like second unit Daisy again! 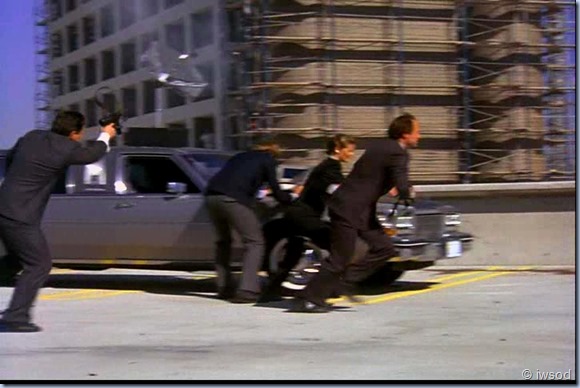 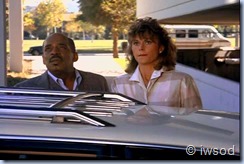 Billy now more urgently: Get in the car, Amanda!
Amanda gets in the car, while Billy starts heading into the car park on foot.. 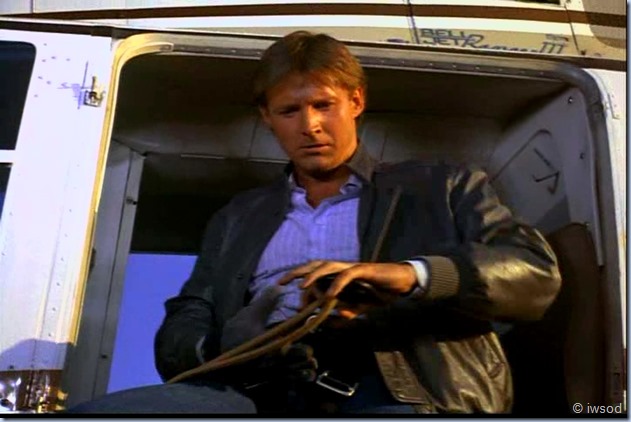 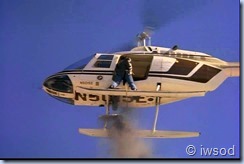 Canaan shoots at Lee as he lowers himself down  – lol an easy target and Canaan misses? Hmm maybe that’s why he needed Daisy!

Lee lands on the roof..

Canaan decides to make a run for it.. I guess he realises he is a lousy shot and no match for Lee?! whahahaha..

why is Canaan smiling?! rofl!!! He looks gleeful!! it’s like the actor is thinking ha haaa! I get paid to dress up and run with a gun: best job ever!! He looks to me to be laughing! lol!!!

Sooooo what do you all make of this scenic tour of Washington DC?! Action Lee? Why does Daisy make a run for it??
I better stop here.. I’ll be finishing up in the next post. Looking forward to hearing from you!!! byeeeeee!!