Time to meet the baddies! The Baddie Uniform? Plaid!!!

They’re staying at the baddie

hotel ‘ the Bixby’ we see it again don’t we? Hmm not sure where.. let me know if you see it! lol.. The baddies are watching Harriman on TV also! Seems Harriman has a history of writing spy novels. The baddie plan is: get the russians and

the americans in a bidding war for Harriman’s tell all.. Harriman is going to go along with their plan-because the baddie has a gun. whooo and it is now loaded!! (smk loves to show people loading guns loudly huh!)

On to the studio where the interview is finished and Mr Harriman gets out of his rocking chair.. Too

funny! It really is a rocking chair! This set is too funny! Lee catches Mr Harriman as he walks off set- for an interview with ‘insider’ magazine- good one! Harriman warns him off

trying to talk him out of it. [whoo check out the sketch behind them.. WC fields! someone on the smk staff loves WC fields!! – he is referenced a few times in season 3.. ] It’s interesting they sent Lee to talk to him.. Lee doesn’t do subtle.. he does confrontation!

Harriman says the agency will need to hire new

staff once his book comes out [what with all those housewives they won’t be using anymore] he’s putting quite a spin on it.. Harriman tries to tell Lee he will release the book basically to make changes at

the agency.. but.. it doesn’t fit!  Lee sees through it and responds ‘ still bitter aren’t you.’ Harriman he says he gave up several years of his life to the agency and to see it all get put at risk by amateurs is not acceptable.. Hmmm it’s Funny.. you know I think that Francine would echo those sentiments exactly! ( and at one time, Lee probably would have too! ) not that what this man is doing is right by any stretch of the imagination.

Ahhhh Ernest, brave Lee.. ahhhh he looks so handsome when he is fighting to protect people( and has that look on his face that says ‘you’re scum!!!!’) How did this guy think he was going to get out of this alive? It had bad idea written all the stupid book…

Harriman’s true colours begin to shine. he got stuck in a jungle somewhere for ‘one lousy mistake’.. and is out to make the agency pay..

Lee: that one lousy mistake cost three lives Pal.
Uh oh! Lee is calling him Pal! – I don’t think any mistake Amanda has made has cost anyone their lives.. and she has saved multitudes in one episode alone ( slymph!!!! ).

Harriman: look the agency owes me so this is my way of collecting..
Ahh haa.. so this is about money.. he really wants pay back.- literally! The more upset Lee gets.. the bigger Harriman’s smile gets.. I get it now..

Harriman, don’t forget to take off your TV make up on the way out- your eyeliner looks ridiculous, it is hard to keep up the ‘I’m a tough guy so 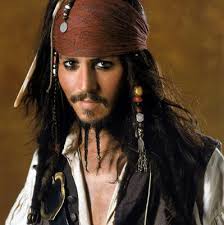 negotiate’ thing your trying for when you look like Captain Jack Sparrow!(or Keith Richards – hey, take your pick!)
Off storms Captain  Harriman (unfortunately he doesn’t walk the plank!). This is smk land ( shout out to Petra’s site!!

) –Captain Harriman,  you’ll get your comeuppance!! don’t you worry!
Back to the agency, Amanda exits the coat elevator to find Lee waiting for her.

Amanda: Lee? I know you asked me never
to come without calling, [lol.. did he really?! well that’s not going to last much longer!

] but I think this might be very important. I was at home watching television with Mother–
Lee: You’re trying to tell me you saw Douglas Harriman on the “Talk Back with Arlene Francis Show.” [plug plug for Arlene!! ugh!!]
Amanda: Yes, did you see it?
Lee: Unfortunately, yes–

Amanda: That was me he was talking about, Operation Sandstorm. Remember?
Lee: I remember, yes. We all remember.
[We see Amanda cringe here..but Lee looks directly at her with warmth here.. he doesn’t seem to hold it against her

Lee: Now I know this is very upsetting for you, Amanda–
Amanda: Yes, it is.What are we gonna do?  [Awh! Lee is good to her here!]

Billy tells Amanda they are doing all they can.. Francine explains their lawyers are looking to get an injunction to stop the publication.. ( Don’t worry Amanda, Francine

in her tribal jewellery here can also cast a spell on Captain Harriman if the lawyers can’t come through in time!! Francine do voodooooo!)

Billy gives Amanda a big smile and tells her the agency will look after her family.. yeah right Billy.. that doesn’t work on Amanda anymore!! Moving her family is looking

after them? At least Lee seems to understand this is actually a big ask and a

really bad outcome for Amanda and her family.. (He hesitates and looks sideways as he explains that part.. yup.. Lee knows that would suck!)

Poor Amanda!!! I imagine right now she would be questioning is it all worth it?! I think considering what is at stake Amanda’s level of distress is pretty reasonable – when the call comes through that the injunction has been denied, and it turns out the tribal jewellery was only a really terrible fashion statement. (drat.. )

but feel for her and let her go talk to him ..

(Lee feels for her but want Billy to say no!) Lee

back on Lee “well then you must have a better idea!”..

Amanda “I’ll drive.”!! and as they leave Billy and Francine have  a nice

Too Funny- Love to see Billy actually remind Lee (good naturedly) that He is the boss, and not the other way around!!!

Love the glare from Lee!!

How can the injunction be denied? Oh ok.. An agent spilling all the agency’s secrets for lots of money is no longer a crime? This makes nooooo sense!!

And with that wonderful logic still rattling through my head.. I’m going to leave it there for now… Maybe one of you can explain this to me! Hang in there.. the belt the belt is coming!!!!

byeeee and thanks for stopping by!