16/21 Season Three, Episode 22: All the World’s a Stage–Scarecrow and Mrs King

Okay, we have a case to solve! Moving on.. Ms Walker is patrolling the IFF perimeter. Oh wait. No Ms Walker had the red handbag.. 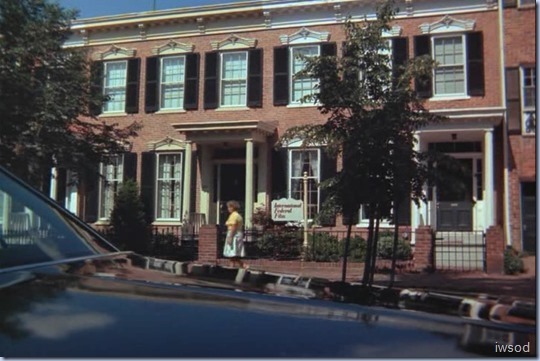 Who is this lady? We’ve seen her many times..
Anyone? Someone give this lady a name!

It seems to be the next day, and Lee and Amanda are back in Billy’s office. Francine (aka happy hooker) has joined them for a cuppa.

Francine: I did my happy hooker number on the muscle at the Potomac Plaza, the last thing they wanted to do was talk…

[Hey it’s the next day – she must have been working her happy hooker angle all night long? or why would she still be in that happy hooker outfit?!
Ah in case you want to cry – ‘it’s one of her ‘normal’ outfits!!’
– rofl! We saw this exact same outfit in Fast food for thought 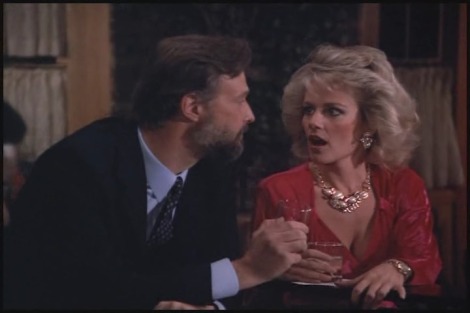 when she was the sympathetic ear to  Cecil Bendix from Marvellous Marvin’s! rofl. same happy hooker necklace too I think.]
…Anyway the woman left the hotel at 605 this morning under heavy guard.
(As Francine plants herself on the edge of Billy’s desk, we see Billy, Lee and Amanda are taking a look at a set of photos-what I don’t know. I guess the woman and her muscle leaving?)
…She seemed perfectly fine.

Lee: Where’d she go?
Francine: Ah, an apartment at the Watergate. The lease is in the name of Jones. [rofl.. Watergate? Treason??!!]

Amanda: Original.
(Amanda comments without looking up for the photos.)
[lol doesn’t she sound like the confident pro now!
Okay guys.. did you catch that glimpse of the photo that Amanda is looking at??
Ohhh rofl!!!
Look!!! whahhahahaaaaa!!! 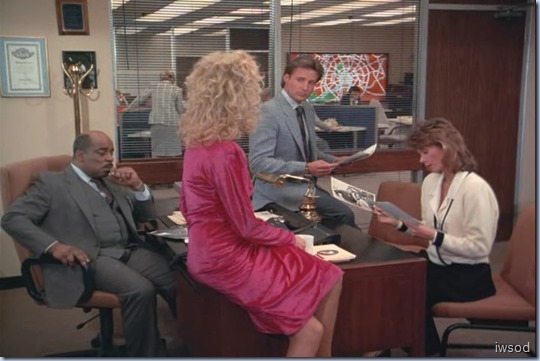 It’s this photo we saw in Flight to Freedom – Lee (pretty boy) and his old mate Bart Stoller!!! whahahahaa!!!

We saw it HERE where one of the baddies had this picture and said the photo was taken in Angola with Stoller ‘last year at the US embassy’
I think Francine didn’t do her happy hooker routine, she got in a time machine and went back to a year or so ago in Angola! whoooo.. LOL. Okay okay.. I guess they could also be suppose to be the photos Lee took from the balcony..(from the waterproof and impact proof spy camera) but Francine taking photos in Angola is more fun!]
Lee: The question and answer boys get anything out of that big Russian? [women don’t ask questions and get answers?] 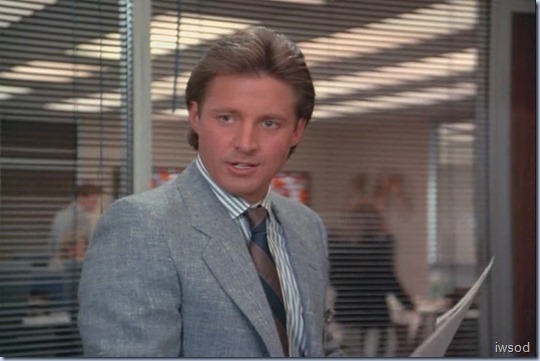 Francine: Oh nyet, they’ve been working him over for hours and all they know is he’s Krutiov’s chauffeur.

Lee: This whole thing hinges on the woman, Billy. We have got to ID her.

Francine: Well we know where she lives, why don’t we just bring her in and find out what’s going on. 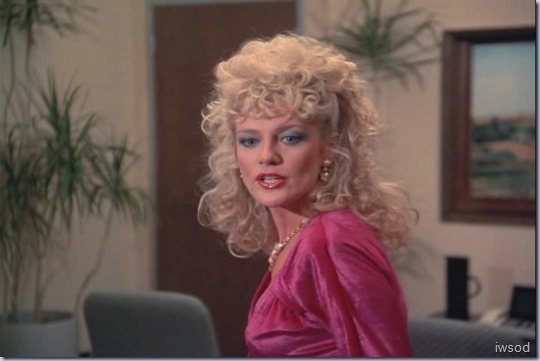 [Whoa.. anyone else feeling dizzy with all these stripes, and coping with the effects of watching Lee Stetson?!]
Billy:We can’t go dragging people in here without sufficient cause.

[Ummm Lee and Amanda witnessed her getting drugged without her knowledge! I think she has a right to know! A cover story could be provided to somehow cover the investigation.. but.. whatev. I’m transfixed by that photograph in Lee’s hand – I really want to get a good look at it!]
Lee: Oh come on, Krutiov can fill that bill!  [‘fill that bill’? What is he a pelican?!] 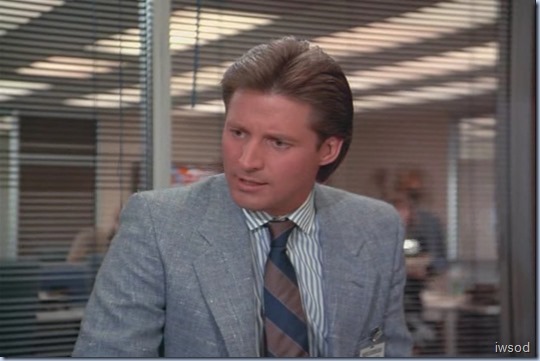 Billy: Agreed. But we have to know more before we do. That way we’re smart and tough at the same time.

[Aie. Did Billy just say that?! and he looks so pleased with himself! What a lame line of dialogue. This dialogue of dashed dreams insults my ears! Oh well.. at least Billy hasn’t resorted to a comb over!]
Lee: OK, come on Amanda,
(Lee gets up and reaches to take the photos from Amanda.)
[Ah! we just got a glimpse of the one Lee had been holding:

Billy holds this photo in THIS SCENE in J.Edgar’s ghost.. and it’s Nick Cross – booooooo to Nick Cross! Just how did he get mixed up with Krutiev, Martinet and Maria?

This is getting complicated! Gee, maybe he knows Castille?! whahahaaa]

Lee continues (to Amanda): … I’ll introduce you to Ernie the Camera.
[Amanda takes the photo from Billy and passes it to Lee. They  head out to the bullpen]
Amanda: See you later, Sir. [Love how Amanda only says goodbye to Billy

You guys notice- Lee opens the door for Amanda!!

We can see the photo Amanda is holding here but it’s rather dark so not easy to see.

At the risk of having more in common with Mr Ernie the Camera than I would like (eek)… I found this photo Amanda is holding.. Honestly.. it was completely by accident when I was hunting for the previous photo!
It’s HERE in Wrong Number

It’s Mr Tuttletowne outside and under surveillance picking up his Chinese food with extra crispy MSG.

All these reused photos tells me this episode can’t be before Wrong Number, J.Edgar’s ghost, or Flight to Freedom. LOL not that I was thinking any of those were possibly after this episode, but maybe someone was! (heck, maybe you still are thinking that: and that would be cool!)

Time for Amanda to be introduced to Ernie.
[LOL I guess we may have discussed Ernie at length the first time we saw him in the walk (a few posts earlier).
A quirky character.. very smk.. but he could have been so much more quirky! What will Amanda make of him?!]

Anyway, Ernie is reviewing tapes of photos again, holding a picture of Maria, on the balcony with Tony.
[Okay, not even I would include all these photos Ernie is looking at! Well.. I can if you want me to? Open to requests! 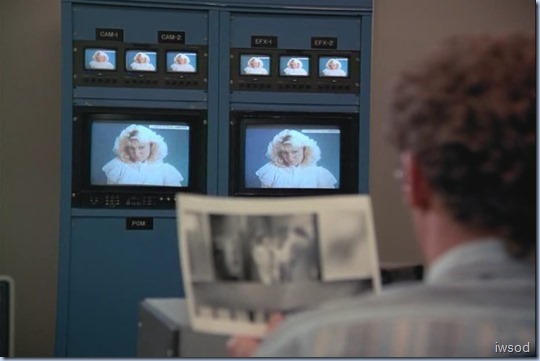 Anyone recognise any of these as having appeared before? me no. I always wonder who are these people? and where did they get the photo from?! Imagine if you were one of these people!! lol!! ]
Francine: Well she’s not with the State Department, these tapes are from Defence.
(Francine changes tapes or puts one away) 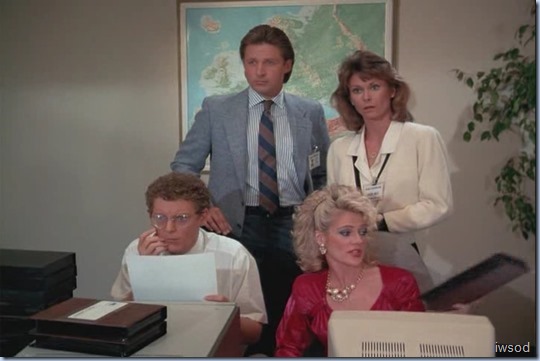 [Ah Francine is there too. It didn’t look like she was going to follow them, she was happily sipping her coffee as they left Billy’s office. Oh whatev. But I am glad to see they aren’t going for the old Nerd hits on Francine gag here.. ] 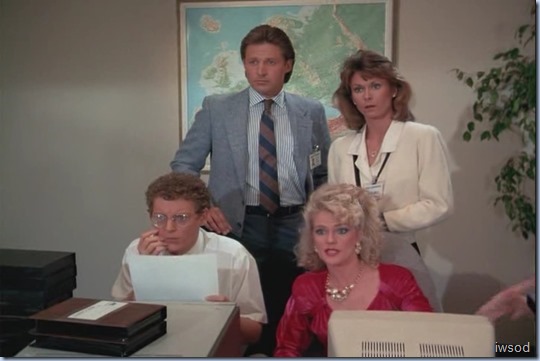 Amanda whispers to Lee: How does he do that??
[Amanda is quite stunned by this display!

I wonder if she’s making a mental note to herself: Must restrict the boy’s television viewing and encourage them to play outside more! (while staying away from random black limos in the neighbourhood)- Mon Dieu, Mon Dieu.]
Lee: It’s a special talent,… 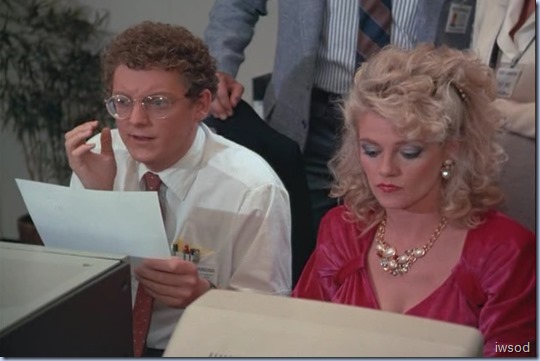 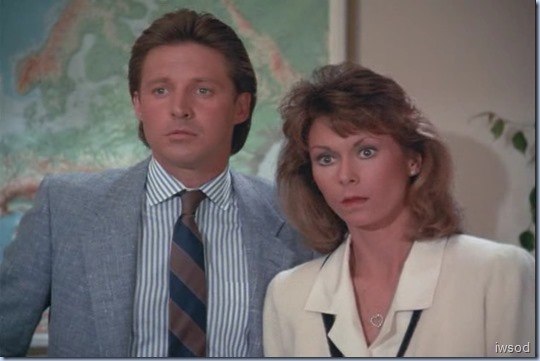 (Francine scrolls back to the image)

Francine: Maria Von Clausen???
[Is it just me or is she missing an earring? and a few years of mileage?! ]
(Ernie double checks with his photo he’s holding.. ) 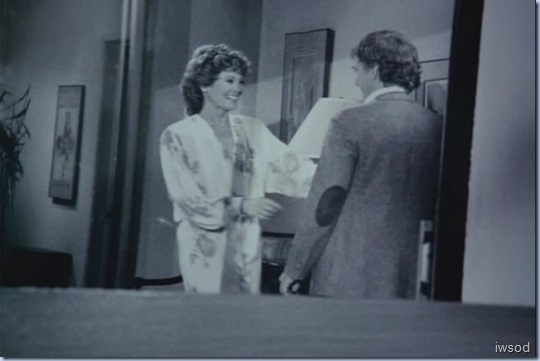 Lee: She’s the director for laser research for the Strategic Defence Initiative.
[Lee seems to have a special talent of his own.. He hears a name and he immediately knows what they are working on and where they are working! rofl. Ernie and Lee.. the perfect Camera duo! rofl! ]
Amanda: Star Wars??? 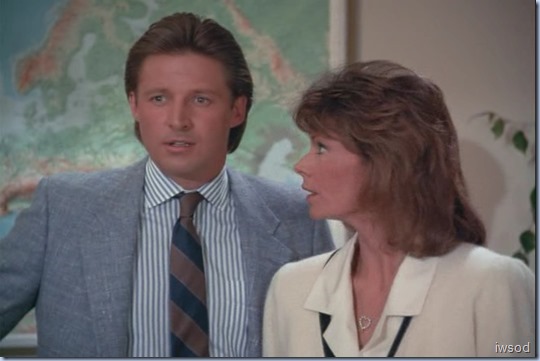 Ernie: Star Wars?
(Ernie checks through his videos and then responds to Amanda)

[ah I was wondering earlier if the satellite stuff was star wars, I probably remembered this scene in the back of my mind – and just didn’t know it yet. lol. I’m thinking the whole Ernie the Camera elaborate set up was all in aid of that gag!!

Love the look on Amanda’s face in response to Ernie.. like ‘special’ doesn’t begin to describe him! ] 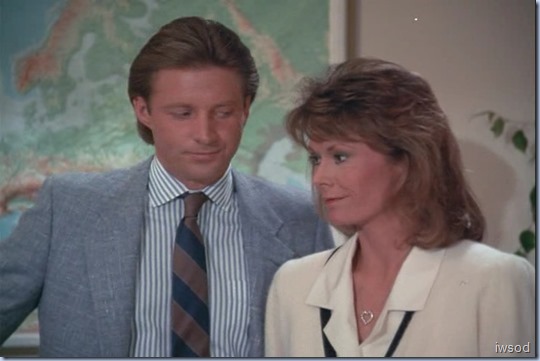 They have a silent exchange..

Yep.. he’s very special!
[And um just because I write a blog about smk for a bit of fun, doesn’t mean I am anything like him!!!! Okay maybe I’m a little ridiculous, but nothing like him! 🙂 ]
The scene ends there and so shall I!

What’s your fave pic in Ernie’s gallery? I’m thinking Francine is way too comfortable walking around dressed like a happy hooker in the workplace. She should have changed out of that outfit – not sure what that means about her character! This blog post is a long one! I might wait an extra day before publishing the next post..