Please join me in welcoming our

Welcome to my first guest blog post – thank you iwsod for the opportunity! I thought it would be interesting to take her up on the idea of compiling some stats for SMK. Yeah, yeah, stats are known for being dry and boring, but my thought was that if there were enough tuxedo shots and some humor mixed in then perhaps SMK stats might be fun! I am totally open to any feedback, more or less pictures, suggestions of categories to track and corrections if I’ve missed something. Please, please, please let me know what you think – that will make it even better!

Our first tux! No wonder Amanda blushed!! Lee wears this at the costume party, the parking garage scene and through the scene of when we first see him in Amanda’s back yard.

None in this episode. Thank God. Actually they are not really headbands – those things are worn on the top of your head from ear to ear, right? What I’m talking about here are those rolled up/twisted things she wraps around her head so that they are prominently displayed on her forehead. Bleck!

Lee manages to escape the baddies with Amanda from the parking garage by joyriding on the garbage collector’s cart. At the end of the episode, they work together to fly the helicopter and escape from Mrs. Welch and her pals (KGB). Lee operates the pedals and Amanda does the stick and throttle.

At Mrs. Welch’s Colonial Cookery home Amanda yells freeze to distract baddie so that Lee can kick him and knock him out. She pours sugar in Mrs. Welch’s gas tank so the car won’t start. Then she helps Lee fly the helicopter away so they can escape.

AMANDA DOESN’T DO WHAT LEE TELLS HER

This is what started it all!! Amanda doesn’t give the package to man in red hat. Lee: “You didn’t do what I told you!” Amanda: “There were 25 men with red hats on that train!” I forget who said it in the blog, but God bless the Shriners! (or whoever they were supposed to be)

At the Jefferson memorial – Amanda: “Do you have someplace to go Thanksgiving?” Lee: “Aaah, Amaaanda!”

None in this episode!

This was an easy week for Lee….he only got tackled into some luggage at the train station and then took one hit to the gut and one to the face. The only other injury was a hit to the back of the head in the abandoned-looking building when the baddies were looking to get “Pilgrim’s Peach Puff” – aka Lee. It’s a good thing those baddies had such bad aim or surely the huge target that the helicopter is would have been shot out of the sky and we’d have nothing to blog about!

None in this episode

At the train station:

At the costume party:

4. I thought this would be a nice change of pace from our usual encounters.

5. Standing at the food bar 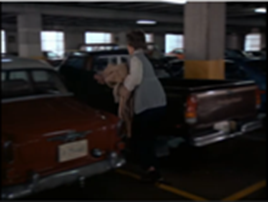 9.Lee takes her hand to lead her away from the baddies

10. Then he’s touching her shoulder.

11.He takes her hand/forearm again to lead her away

12. He helps her get into the cart

13. Amanda grabs his arms while escaping on the cart.

shaking hands, but I believe they do.

16. Right after Amanda yells freeze and Lee kicks the 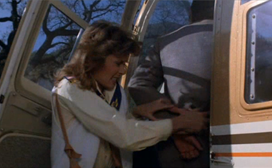 18.Sliding around in the helicopter.

20.Lee is desperate to get Amanda out of there! 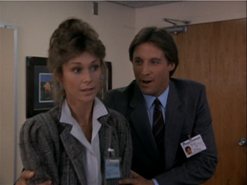 None this episode. There are two different “Jacks” that seem to show up throughout the series.
Jack 1 (J1)

[Iwsod noted in the comments of 3/4 Remembrance of things past, that the script names this character ‘Jack’ however, he is never actually named in the show! ]

Jack 2 (J2) shows up toward the latter half of S1 and then we see him many, many, many, many, many times!
This guy pops up in so many episodes with so many different roles! We’ll see him a lot more than J1, especially as the show moves on.

I call them “Jack” because  I saw one of them referred to as a ‘Jack of All Trades’ (in the comments of 3/4 Remembrance of things past) . If anyone has a better name, speak up!! I may be the only one interested in this stat, but every time I see them, I always wonder just how many times they are used. I don’t even know where they show up in the credits!!! 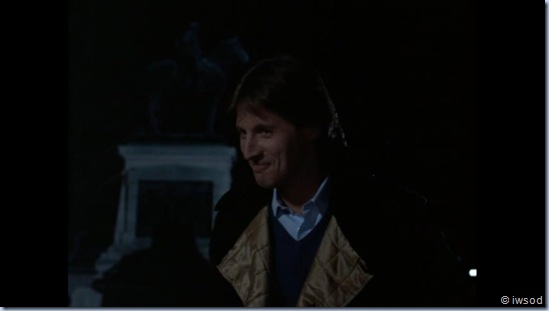 Amanda doesn’t do what Lee tells her – 1

Thanks for reading!! Love to hear your thoughts!!! Curious to hear what you think

[The episode First Time can be found HERE ]

This entry was posted in Season One, SMK Stats and tagged Scarecrow and Mrs King, SMK. Bookmark the permalink.